A weekly newspaper has moved to a new city centre base situated within a theological college.

The Salisbury Journal is now based at Sarum College, which stands opposite Salisbury Cathedral.

The move comes after Journal owner Newsquest recently sold the paper’s former Rollestone Street offices, just under half a mile away.

The college, pictured below, is a centre of theological learning established in 1995 and runs courses in subjects including Christian spirituality, theology, imagination and culture. 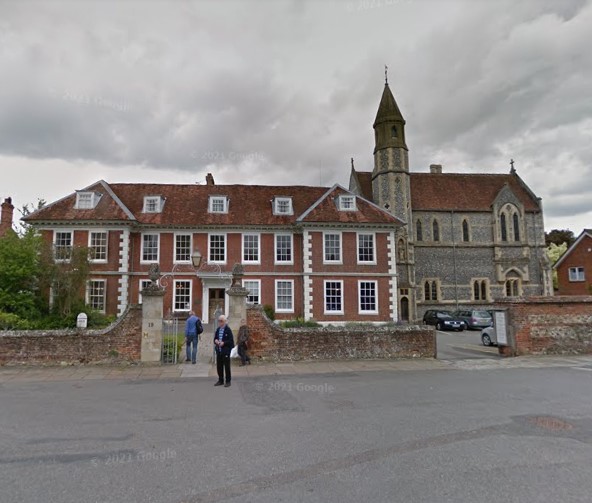 Vincent Boni, managing director of Newsquest Hampshire, Dorset & the South West, told HTFP: “We are most pleased to be sitting at the heart of the prosperous city in such august surroundings.

“LOCALiQ and the Salisbury Journal continue to be the fulcrum media for the region.”

As a result of the move, a portrait of Journal’s 18th century founder Benjamin Collins has been loaned by the paper to Salisbury Museum after a temporary spell in storage.

The portrait had previously been a fixture in the Journal’s past offices.

Publisher Bill Browne, who has since retired, said at the time of the portrait’s handover last month: “It’s felt a little bit lonely without Benjamin being around.

“We are delighted the museum have agreed to take him on long-term loan and that visitors will have a chance to see the man who in many ways helped record the city’s history since the Journal’s foundation in 1729.”