A senior regional editor has hit back at a report claiming that parts of the country are becoming “local news deserts.”

The Charitable Journalism Project report set out to investigate the impact of declining news provision on local communities, taking seven areas of the UK as examples.

Among other things, the research found that social media is now the dominant source of local news and information and that local newspapers are no longer perceived as the “glue” holding communities together.

But Ian Carter, editor-in-chief of independent publisher Iliffe Media, has accused the authors of adopting a “glass half emplty” approach which “ignores reasons to be positive” about the industry. 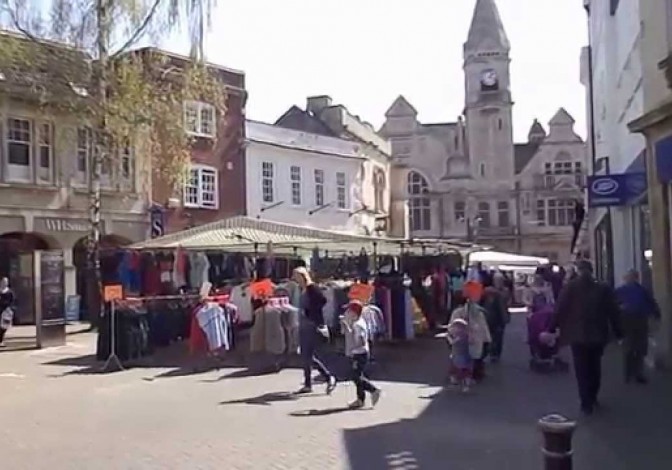 Trowbridge in Wiltshire, one of the seven towns and districts surveyed in the Charitable News Project report

Towns and districts surveyed in the report were Lewisham, Trowbridge, Whitby, Tiverton and Cullompton, Haverfordwest, Corby and Barrow-in-Furness.

The author of the report, Dr Steven Barclay of London’s City University, said that a common complaint in so-called “news deserts” was that local journalists on mainstream outlets were no longer based in the towns they covered – Whitby being an example.

The Whitby Gazette had had a base in the seaside town since 1854 but its then owner Johnston Press closed its last permanent office there in 2018.

Said Dr Barclay: “Whitby was a really classic example of a newspaper that was very widely read within the town and was part of its identity. People identified with the Gazette – they said they knew the editor of the Gazette and drank with him in the pub.”

But in a series of tweets, Ian questioned what he called the report’s “glass half empty” narrative.

Wrote Ian: “I don’t really buy the concept of ‘news deserts’. Maybe there are fewer nibs being written about parish councils ordering new photocopiers as nobody reads it online – but maybe they never really cared when we ran them in print either.

“I’m not blinkered and I grimaced at the recent analysis of how many stories are being churned out about Love Island. Any newsrooms following that path are on a one-way ticket to irrelevance.

“But a report about the state of the news industry needs to reflect some of the seismic changes we have seen – genuine partnerships with tech platforms, bigger audiences than we have ever experienced, convergence of audio, text and video platforms opening up new revenue streams.

“There are more new journalism jobs being created now that at any point I can remember. Some of the roles may be vastly different to traditional print reporter jobs but that’s just the industry adapting to changing needs and opportunities.

Said one respondent: “The problem with the Whitby Gazette is that so many headlines are clickbait. The question posed is designed for people to row about it.”

“The official Carter Law of Clickbait is that a headline can only be defined as such if it deliberately misleads a reader into clicking on it. Otherwise it’s just an engaging headline, the same as every sub would have been producing in the so-called golden age of print journalism.”

The report concluded that there was still a demand for a “trusted, locally based, professional” source of local news and that many of the people interviewed for the study lamented the decline of their local news outlets.

Dr Barclay said: “What I found in my research is people wanted a trusted source of local news and information that’s both professional and authentically local.

“People don’t necessarily want their local news to be big stories – they want scrutiny of local government but they also want stories about the local fete and the primary school reopened and make them feel happy about the place where they live.”