A regional daily editor has driven to Poland on a “mercy mission” to help Ukrainian refugees.

David Powles, who edits the Eastern Daily Press, has undertaken the 1,300-mile journey to help distribute medical supplies and food to help those fleeing Russia’s invasion of Ukraine.

David set off on the trip on Sunday with fellow volunteers led by Norfolk Scout leader Adam Hale-Sutton, who has spent thousands of pounds of his own money to make trips to refugee camps and has so far transported at least 40 refugees to more permanent homes elsewhere.

They arrived at their headquarters, a hotel in Krakow, 28 hours later en route to the border town of Mydeka. 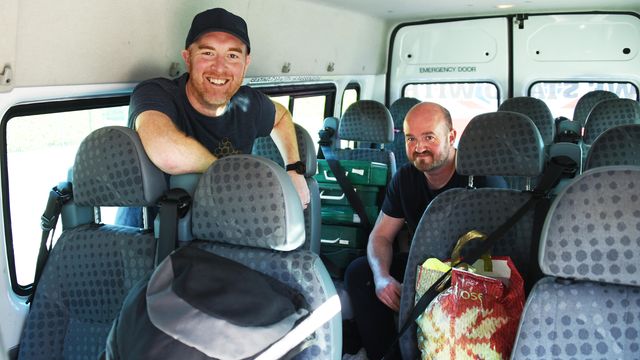 Filing a piece for the EDP from Krakow on Monday, David wrote: “Tomorrow the real work starts and the nerves are kicking in. Tomorrow we head to Medyka to drop off the aid and then to see who can be helped.

“In fact one of the people Adam has previously helped, Botaka Omnon, along with her young child, and their dog, has been staying at the hotel for the past week. They have agreed to interpret for us.

“On what it means to help people like them, Adam said: ‘It’s hard to put into words, but it’s what it is all about and makes all of that effort worthwhile.’

“Amid all of the nerves, it’s important to remember that’s the main reason we are here, to try and do what we can to make a real difference for those whose lives have been torn apart by the tyranny of Putin and his cronies.”