Curation ‘as important’ as content creation in 2022, editorial boss predicts 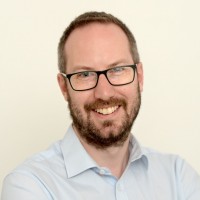 A regional editorial boss has predicted curation will “become as important in newsrooms as content creation” this year.

Ed Walker, audience and content director for Reach Regionals, has shared his belief as one of a number of trends he believes will play out in journalism during 2022.

Ed, pictured, made the prediction after claiming more “discovery platforms”, such as Apple News, Facebook’s ‘Suggested For You’ and Google Discover will appear over the next 12 months.

Writing on his personal blog, he also highlighted the example of Google Showcase, which has seen the tech giant pay regional publishers for their content, and questioned whether further such licensing deals may be in the offing.

Ed wrote: “Linked to the above, will curation become as important in newsrooms as content creation. We’ve always placed a value on finding the exclusive story and digging out those nuggets of news and information.

“And we’ve always had people then curating that news – editors, subs, page planners, whatever you want to define them as.

“Will the rise and rise of discovery platforms mean that curation becomes a must-have department or skill in newsrooms during 2022?

“From pulling together a fantastic email newsletter, to writing a superb push notification or submitting a selection of stories to a third-party platform like Google Showcase, being able to curate a timely and interesting mix of content will be a much-needed skill.”

Among other predictions, Ed also believes journalists engaged in “first-person” reporting will be “rewarded” over the next year.

He wrote: “Journalists who are able to report, and also show they are reporting, will be rewarded in 2022.

“The age-old thing was ‘don’t become the story’, but increasingly journalists who give the information behind the headlines – through social media, newsletters, or inside-track pieces – are the ones people turn to and trust when the big news happens.

“And not just being serious on the first-person pieces, this could be everything from trying the biggest breakfast in town to driving a new electric car around the place.”