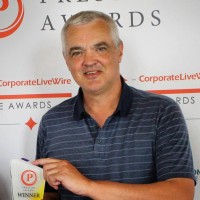 An entrepreneur declared bankrupt after buying a group of defunct local newspapers has revealed his ambition to re-enter to the regional press industry.

Duncan Williams has returned to publishing using the name of historic South-East Devon title Pulman’s Weekly News, which he is currently running as an online news aggregation service.

He has recently taken on freelance journalist Nikki Latham and photographer Neil Dobson to aid the project, with the hope of increasing the size of the Pulman’s team and expanding its coverage again in future.

Mr Williams, pictured, previously worked in publishing for titles including Sorted magazine and bought the View From series of newspapers in 2018 for £1 after they ceased publication.

However, the purchase sparked a long-running legal battle in which he was found to be liable for money owed to more than 20 View From staff who had been made redundant prior to the deal being agreed – rather than the papers’ previous owner Peter Masters.

The affected staff were awarded notice pay settlements and additional payments by an employment tribunal after Mr Williams was declared bankrupt in 2020.

Speaking to HTFP about his new venture, Mr Williams said: “Independent news has a vital role to play in maintaining the views and democracy of our regional towns and communities.

“I believe historic media brands such as Pulman’s can actively grow with the digital age to offer increased communication reach and utilise the popularity of social media trends to rebuild a healthy culture of engagement with regional news.

“Pulman’s Weekly News Group Ltd has been fortunate enough to employ a freelance journalist and photographer whose skills have contributed towards this award.

“As we move forward with increased marketing revenues, Pulman’s aim to gradually increase the team and continue to expand our local coverage.”

Pulman’s was founded in 1857 to cover the towns of Axminster and Seaton in East Devon, Lyme Regis in Dorset, and other villages in East Devon, West Dorset and South Somerset.

It was assimilated into the View From Axminster free title in 2012 by then-owner Tindle Newspapers.