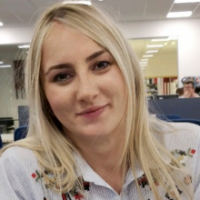 Two sister dailies are set to regain their own editors after four years while their owner has launched an expansion of its digital journalism operation.

Archant has confirmed the Ipswich Star and Norwich Evening News will get their own dedicated editors for the first time since 2017 as part of a recruitment drive launched by the publisher.

It comes after the company launched a hiring campaign aimed at driving digital growth which will also see it take on a further editor to become its “Live Lead” in East Anglia.

The publisher has been trialling a new reporting team for the past few weeks in London, as well as in Norfolk and Suffolk.

Two reporters are also being recruited for the project, and those roles are currently being advertised on HTFP here.

Emily Hewett, Archant’s head of digital audience, has been leading the initiative.

Emily, pictured, said: “These are vital roles that will form the foundation of Archant’s digital growth as we look to provide our audiences with unrivalled coverage of the news that matters to them.

“These new jobs provide a fantastic opportunity for ambitious journalists looking to take the next step in their career and play a pivotal role in driving our editorial strategy.

“Our Live reporters will be expert in digital journalism, understand how search works and will be first to publish.

“We have been working for some time to differentiate the reporting roles in our newsrooms, and this is the first stage in that process.”

The Star last had its own dedicated editor between 2016 and 2017, before Brad Jones added the EADT to his portfolio following the retirement of Terry Hunt.

The situation mirrored that of the Evening News, where David Powles served as its dedicated editor before taking on the EDP too following the departure of Nigel Pickover.

A dozen editorial roles have been created in total as part of Archant’s new drive, which will see Archant take on more than 70 new employees in total.

Archant chief content officer Jeremy Clifford said: “We have been trialling a new Live reporting system in London for the past month with outstanding results.

“This has now been extended to Norfolk and Suffolk and we are recruiting internally and externally to fill the roles.”