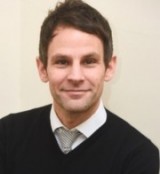 Two sister dailies will share an editor permanently again after a year of being overseen by different people.

Ipswich Star editor Brad Jones has now also taken on full-time responsibility for the East Anglian Daily Times, after a month in charge on an interim basis following the retirement of Terry Hunt.

Prior to his retirement, Terry spent four years in charge of both the EADT and the Star before Brad was given sole responsibility for the latter in a 2016 restructure.

Brad has worked for the titles’ publisher Archant for more than 20 years, including 10 years as the EADT’s news editor prior to his promotion last year.

In a piece announcing his new role, he paid tribute to the “enormous contribution” made by Terry to the newspaper and added it was a “dream come true” to take the helm from him.

Brad, who becomes the EADT’s ninth editor in its 143-year history, wrote: “It may be a rapidly changing media landscape, but our fundamental principles remain the same – the EADT must inform, surprise, entertain and connect with Suffolk’s many different communities on a regular basis.

“We can now do this in so many different ways in print and online. And it’s not just about reporting the news – we need to build bonds with communities, providing a voice and a platform. I want the EADT to celebrate our wonderful county but also use our power and influence to make a really positive difference and enhance people’s lives.

“Our brilliant team of journalists will continue to produce the most compelling and trusted content out there. That word “trusted” is really important at a time when we hear lots about ‘fake news’. And we want to continue to help our advertisers, our brilliant business community, reach a growing local audience.”

Archant’s decision to once again merge the editorships of its two Ipswich-based titles echoes a pattern set by its two Norwich-based dailies, the Eastern Daily Press and Norwich Evening News.

Nigel Pickover was responsible for both titles between 2012 and 2016, before David Powles was given control of the Evening News.

After Nigel retired at the end of last year, David then added the EDP to his portfolio.