Two sister dailies have marked the New Year with redesigns and new mastheads.

Both the Lancashire Telegraph and Bolton News, owned by Newsquest, have unveiled new looks heading into 2021.

The Blackburn-based Telegraph now features a new masthead with a serif font.

It has also incorporated a red rose, the symbol of Lancashire, into the design. 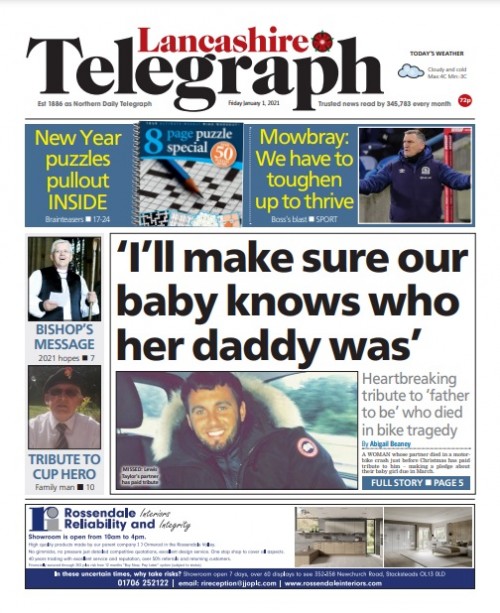 The News has included a nod to its former name below its masthead, with the phrase ‘Est 1867 as Bolton Evening News’ now being carried underneath.

The redesigns have been led by Roger Airey, who has also been promoted to regional deputy editor for the Newsquest titles. 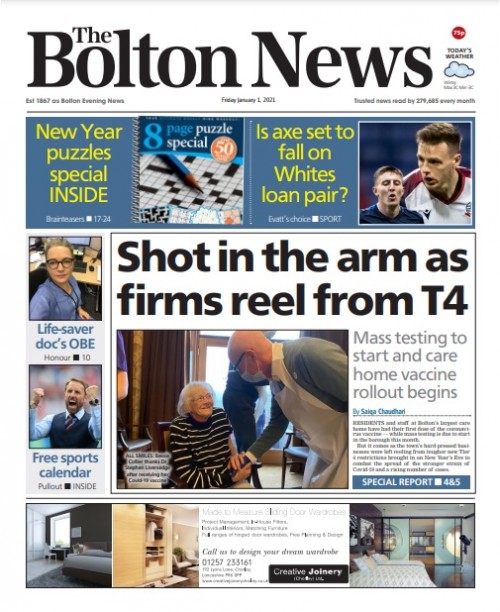 The Telegraph’s move to include a red rose on its front page echoes that of neighbouring JPIMedia daily the Lancashire Post.

The Preston-based title decided to feature the symbol on its front page as part of a 2017 relaunch which also saw it change its name from the Lancashire Evening Post.