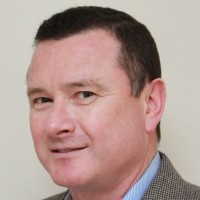 The company has announced the departure of group HR and transformation director Ian Johnston, pictured, after four years in the role.

Ian’s departure comes after the publisher revealed last month that chief executive David King and editor-in-chief Jeremy Clifford would be among those leaving the business following its £10.2m takeover by National World, which was confirmed on New Year’s Eve.

Jeremy has since been appointed to a new role with Archant, where he will serve as chief content officer from March.

Ian, no relation of the Johnston family that owned JPI predecessor Johnston Press, had previously held a number of HR director positions at companies including Allied Healthcare Group, BT Business and Barclays before joining JPIMedia forerunner Johnston Press in 2017.

His departure was revealed in a memo to staff from executive chairman David Montgomery, which has been seen by HTFP.

In the memo, David said: “Ian has played a key role in managing the group through a very challenging period in its history.

“He has shown enormous skill, commitment and professionalism in helping to overcome the challenges face by the sector, and has personally made a significant contribution to creating a business with flexible technology platforms and a strong digital ethos.

“I would like to personally thank Ian for his leadership and considerable contribution to JPIMedia, and most recently for ensuring a smooth transition to National World’s ownership of the business.”