JPIMedia reveals departure of editor-in-chief and four other executives 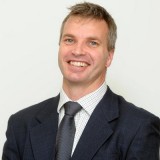 JPIMedia’s editor-in-chief is among five executives who will leave the business following a takeover of the regional publisher, it has been revealed.

The move was announced to staff in an email from the company’s new executive chairman David Montgomery this afternoon.

The changes come a fortnight after Mr Montgomery vowed to hand more power to local managers within JPIMedia following his National World investment vehicle’s £10.2m takeover of the group, which was announced on New Year’s Eve.

In today’s announcement to staff, which has been seen by HTFP, Mr Montgomery said: “In the first weeks we have been greatly encouraged by the passion and quality of the team we have met.

“However, as is typically the case following a change in ownership, we have decided to make some changes to allow the new management team to take over the leadership of the business”.

He then listed the five executives who will leave the business and added: “All five have played a key role in managing this group through a very challenging period in its history.

“Each one has shown enormous skill, commitment and professionalism in overcoming the challenges faced by the sector and have contributed to creating a business with a flexible technology platform and a strong digital ethos.

“It is with this strong base that the new management team can now build out our strategy, and I would like to personally thank each of Andy, Jeremy, Peter, Jason and Cormac for their considerable contribution to JPIMedia over the years, and most recently for effecting a smooth transition of the business to National World.”

Mr Montgomery had previously announced following the 31 December takeover that he would be overseeing the content and digital sides of the business while newly-appointed chief commercial officer Mark Hollinshead would focus on sales.

Jeremy, pictured, took on his current role with JPIMedia forerunner Johnston Press in 2015 and was editor of the Yorkshire Post and Yorkshire Evening Post for two years prior to that.

He edited the Northamptonshire Evening Telegraph from 2005 to 2011 and Sheffield daily The Star between 2011 and 2013, while his career has also seen him hold senior editorial roles at titles including the Derby Telegraph, South Wales Echo and Leicester Mercury.

HTFP has approached JPIMedia for a comment, while National World has declined to comment further on the announcement.