A second alleged sex abuser has appeared in court after a weekly newspaper’s investigation.

Gerard Quaile appeared at Enniskillen Magistrates’ Court on Monday after a probe by the Impartial Reporter led to a Police Service of Northern Ireland operation.

Quaile, 56, is accused of offences involving three alleged victims between 1982 and 1985.

PSNI began an investigation after former Reporter journalist Rodney Edwards reported a number of sexual abuse allegations in this Enniskillen-based title against several men and women. 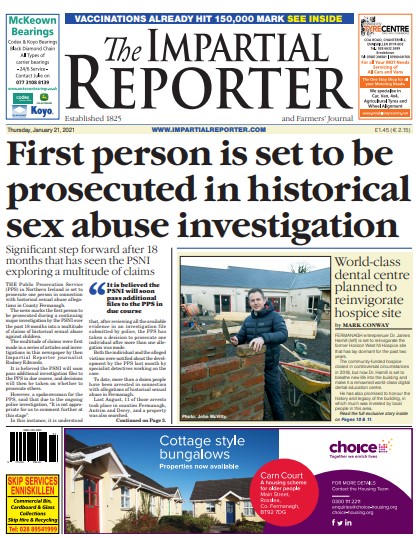 How the Reporter covered the PSNI’s first arrest in January

Former Enniskillen businessman James Balmer, 85, became the first person in County Fermanagh to be prosecuted as part of the 18-month-long police probe.

He was due to be formally arraigned at Dungannon Crown Court in June, but did not appear due to medical grounds.

Quaile will appear before Dungannon Crown Court on 30 September after being released on bail.