Regional journalists hit out after being refused access to football matches 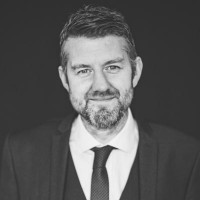 Regional journalists have hit out after being refused access to football matches this coming weekend.

Both Leigh Curtis, of the Nottingham Post, and JPIMedia’s Frank Reid have spoken out about being denied press passes to games they were due to cover.

Leigh, who covers Notts County for the Post, was turned down for a pass by Torquay United for the second time this season as the two sides prepare to face each other in a National League play-off semi-final this Saturday.

Meanwhile, photographer Frank says he has been denied access to cover Hartlepool United’s semi-final at Stockport County for the Hartlepool Mail the following day.

The Mail’s Hartlepool United writer Dominic Scurr will be in attendance though, while the paper has also made alternative arrangements for access to photographic content from the match in Frank’s absence.

Leigh, pictured, has claimed he was told the most recent decision was made due to the media capacity being reduced at Torquay’s Plainmoor stadium in order to allow more supporters to attend the match.

He has since been included in Notts County’s official club allocation which will allow him to cover the game.

Posting on Twitter on Monday, Leigh wrote: “It saddens me, but Torquay United will not grant me a press pass for the play-off semi-final against Notts County this weekend despite what is at stake for both clubs.

“Their argument is, that with fans being back at Plainmoor, and wanting to cram in as many as possible, the media capacity has been reduced as a result.”

HTFP reported in April how Leigh had previously been denied access by Torquay for a regular league fixture against Notts and was told he would have to pay for a live stream of match he was due to cover.

In an update published yesterday, he wrote: “That was a nice call to take. Notts County have kindly made me part of their club allocation so I can cover the play-off semi-final against Torquay United this weekend. What a tremendous gesture.”

Frank, who is audio visual editor for JPIMedia in the North-East of England, revealed his own access battle in a post to Leigh on the social media site.

He wrote: “I’m image editor for JPIMedia in the North East and have covered [Hartlepool United] since the early 80s home and away.

“I’ve been refused entry to Stockport on Sunday.

“Taking away professionalism it’s the gap in history of recording our club for my group that can never be replaced.”

A Stockport County spokesman told HTFP:  “It is with regret that we are currently unable to grant all photography requests received, due to the strict Covid restrictions placed on us – we are only permitted six photography spaces, including club photographers, and these spaces were filled by the time we received the Hartlepool Mail’s request.

“However, local media from Hartlepool have already been accredited to attend the game, including the reporter through whom Frank’s request came from, as has Hartlepool’s official club photographer; whilst we have also offered for the images from our home photographer to be made available for use.”