Reach commits to 30pc of senior managers being women by 2023 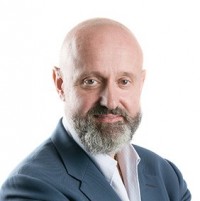 News publisher Reach plc has committed to at least 30pc of its senior managers being women within the next two years.

The company has also confirmed it will make the same commitment at boardroom level by 2023, and says it also plans to ensure “greater representation for people of colour”.

The move means Reach will become part of the 30% Club, a campaign group that aims to get companies to commit to gender balance on boards and in senior management.

Both Reach chairman Nicholas Prettejohn and chief executive Jim Mullen have signed the group’s pledge, committing to take action on increasing diversity at the most senior levels of the company.

Mr Prettejohn, pictured, said: “Media organisations have a responsibility to represent the diversity of their audiences and joining the 30% Club is an important step to achieving this.

“Greater leadership diversity will strengthen the business at every level and put it in great stead to face the future.”

The scheme will see 10 high-performing women from Reach selected for external mentoring from other member organisations, ranging from Unilever to HSBC.

In turn, Reach will provide 10 senior leaders to the programme to act as mentors to women from other member organisations.

Mr Mullen added: “We don’t take targets lightly at Reach, but we’re ready to lead the charge and challenge ourselves to achieve more diversity at the highest level of the organisation.

“For us, this isn’t just about strengthening our leadership, but also unlocking even more talent throughout the business, making this a place where leaders can grow and thrive.”

Ann Cairns, 30% Club global chair and executive vice chair at Mastercard, said: “I am thrilled that Reach, the UK’s largest commercial news publisher, has joined the 30% Club; leading the way in its sector.

“The media is so important in reflecting the make-up of society and inspiring progress – including within its own workforce and leadership – and has been a big source of support for the 30% Club since we launched in 2010.

“While there has been good progress on gender diversity on boards in recent years, there is so much more to be done. There are a good number of female newspaper editors in the UK, including the Mirror’s Alison Phillips, yet there are still just eight female CEOs in the FTSE 100.

“Diversity in governance is a business imperative for any company, and I sincerely hope other major publishers will commit to at least 30pc gender diversity on their boards and senior management teams in the not too distant future.”