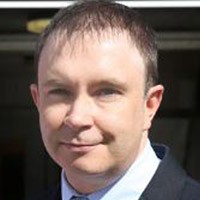 A regional publisher’s “purge” of bad news stories on social media prompted a surge in readers seeking help for mental health issues, it has reported.

HTFP reported last week how a number of Newsquest titles, led by regional daily the Greenock Telegraph, had made their Facebook, Instagram and Twitter pages ‘good news-only’ zones for 24 hours in a bid to promote awareness of positive mental health.

The initiative also saw the Telegraph change its masthead for the day and run positive stories about local people overcoming struggle and adversity, with reporter Amy Shearer, who led the editorial around the campaign, writing about her own battle with bullying.

Since the drive, its newsroom has been contacted by a string of local mental health and counselling charities, who have reported a surge in demand for their services – and volunteers coming forward – thanks to the initiative.

Telegraph editor Brian Hossack, pictured, told HTFP: “We set out to smash the stigma of talking about mental health matters, using a number of fronts.

“We purged our social media channels to post only uplifting stories, signposted people to vital counselling services, charities and support groups and highlighted lots of encouraging personal stories of people speaking out and overcoming adversity.

“We felt that if this made the difference for just one person then it would be worthwhile, but in the end it achieved so much more.

“The dedicated, hard-working local groups we are pleased to support and promote have since reported a surge of interest from people getting in touch, which we are thrilled about.”

Other Newsquest titles to support the initiative included the Dunfermline Press and North Wales daily The Leader.

The campaign was endorsed by celebrities including Scotland footballer Greg Taylor and Britain’s Got Talent finalist Edward Reid.

Brian added: “We thank everyone who supported our initiative, and we’ll say it once again – if you are going through a hard time, reach out to someone and access the expert help that is more readily available than ever.

“It really is good to talk.”