Publisher urges journalists to work from home over anti-vaxxer threat 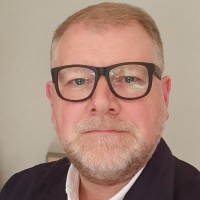 Journalists were told to work from home as a precaution after a regional publisher moved to protect its staff from possible attacks by anti-vaccination protesters.

JPIMedia asked its staff to work from home “where possible” and also ordered journalists and other staff not to be alone in its offices across the country on Friday.

The publisher’s decision came after protests at the offices of broadcasters including the BBC and Channel 4, while reports have claimed anti-vaxxers may continue to target national press offices every other Friday.

Demonstrators attempted to storm both the Medicines and Healthcare products Regulatory Agency’s headquarters and the Science Museum in London on Friday.

In a message to staff, which has been seen by HTFP, JPIMedia managing editor Tim Robinson said it was “extremely unlikely our reporters and journalists will be affected” by such protests, but added the measures were being implemented “to be absolutely on the side of caution”.

Tim, pictured, wrote: “You may have seen coverage of certain anti-vaccination groups which are now targeting journalists.

“In recent weeks there have been protests at the offices of broadcasters including the BBC and Channel 4.

“Some individual national print journalists have found themselves the subject of considerable online abuse.

“Having assessed the threat of this action to our business we believe it is extremely unlikely our reporters and journalists will be affected.

“However, to be absolutely on the side of caution here are some actions the company has taken – and some things you should consider.”

As well as the advice to stay at home and the order not to be in the office alone, Tim said JPIMedia had written to all of its office landlords “to make them aware of the situation and to take any necessary measures to improve security”.

Journalists have also been urged to share intelligence on protest actions taking place in their area “which may affect your offices or colleagues”, and to log any instances of online or in-person abuse or harassment with their manager, Tim and health and safety manager Steve Duncan.

In his message, Tim added: “Editorial and regional directors have been made aware of the situation and need to be updated if anything untoward should happen.

“As I have said, we feel the level of threat here to be very low, but we are taking the safety of our editorial teams extremely seriously.

“I will update you if we have any further information – in the meantime, please keep in touch.”

JPIMedia declined to comment on whether the advice would continue into the foreseeable future when approached by HTFP.