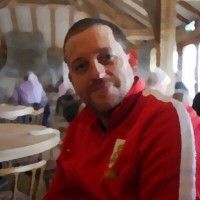 A regional publisher has launched a new digital title in a town where it closed a newspaper last year.

Reach plc has announced the launch of MySuttonColdfield as part of its Birmingham Live online brand, returning a dedicated title to the town after it decided to close the Royal Sutton Coldfield Observer last August.

The move sees former Observer reporter Nick Horner, pictured, return to covering the town, while Birmingham Live has also recruited a number of other journalists as part of an expansion of its coverage.

The movs comes after the Midland News Association also launched a new weekly paper called the Royal Sutton Coldfield Chronicle as part of its Chronicle Week series of free titles.

The Observer was one of four weeklies shut by Reach at the same time due to the effects of the coronavirus pandemic last summer.

Announcing the launch, Birmingham Live editor Graeme Brown said: “MySuttonColdfield is something we are very excited about. We have always covered the Royal Town, but this means we can give it all the more focus.

“BirminghamLive is the fastest-growing major news brand in the country at the moment and we wanted to use that growth to invest where it matters – in local communities.”

Birmingham Live has also recruited reporters Emily Collis and Husna Anjum, with another new starter set to join in a matter of weeks.

Emily and the new starter will focus on Solihull as part of the launch of a new brand called MySolihull, while Husna Anjum will focus on North Birmingham areas including Great Barr, Kingstanding and Perry Barr.

Content editor Matt Lloyd said: “This is a really exciting opportunity to tell the stories that matter to local communities.

“In Nick Horner Sutton Coldfield has a reporter who not only knows, but is dedicated to his patch.”