Four weeklies shelved due to coronavirus to close permanently

Four weekly newspapers which were shelved due to the coronavirus outbreak are to close permanently – although a five-edition sister title which was also put on hold is to return.

Reach plc has announced free titles the 205-year-old Lichfield Mercury, as well as Royal Sutton Coldfield Observer, Blackmore Vale Magazine and the Southport-based Midweek Visiter will not return after publication was suspended in April due to the pandemic.

But the company has revealed the Manchester Weekly News, another free weekly affected by the same measure, will be back in print on 9 September. 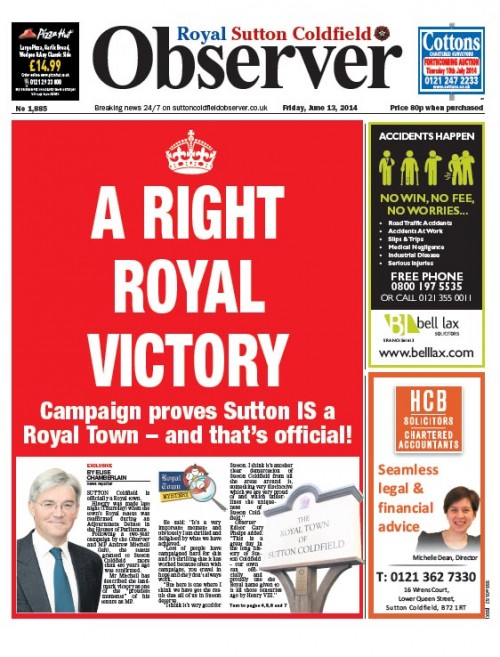 Reach says the patches of the Mercury and Observer will continue to be covered by the Birmingham Mail, as well as its Birmingham Live and Staffordshire Live websites.

In addition, the company says Southport will continue to be served by the Southport Visiter every Thursday, with digital news coverage provided via the Liverpool Echo site.

The Blackmore Vale area will be covered by Somerset Live and the hyperlocal In Your Area service, according to Reach.

Four staff working on the title are affected by the closure, and are part of the wider consultation process which is ongoing into plans to cut more than 300 editorial and circulation jobs across the country.

In May, Newsquest launched the Vale Journal, a new edition of the weekly Salisbury Journal, to serve Blackmore Vale after the Magazine was shelved.

A Reach spokesperson said: “We are pleased to bring back the Manchester Weekly News with all five editions returning next month.

“The free model was already challenged before COVID and it would be uneconomic to resume publication of four of the titles we suspended in April, however Reach continues to offer digital options for readers and advertisers in these areas as well as our paid titles in the Midlands and Southport areas.”

Observer journalist Nick Horner has posted about the title’s closure on Twitter.

Nick, who also works for Birmingham Live and Worcestershire Live, wrote: “It’s been my working life for a decade and countless others have worked with me on the title in that time. And before me.

“It’s been my absolute pleasure to work on ‘the Obo’ – in the town I live in – to hopefully help some, hold others to account, to entertain and inform. It’s indicative of the industry that the title was on shaky ground before the pandemic struck

“Advertising has migrated from print to online with the two principal benefactors being Google and Facebook. They have hoovered up a huge chunk of business’s marketing budgets and sucked said funds away from newspapers which have suffered in nearly all my time working on them.

“It’s a symptom of progress and a sign of the times, sadly. I think society is poorer for the loss of newspapers. Yes news is available online – some from organisations like the one I work for. And it’s instant.

“But there’s something special for me about a printed digest of news, whether daily, weekly or monthly, like some magazines.”

Nick went on to address the “challenge” facing digital titles.

He added: “A number of fine colleagues I work with on the online aspect of this business are at risk too, as well as my print team who operated out of Tamworth prior to March, when our office was to shut in any event. It just happened to close a week early due to the pandemic.

“In my time at Central Independent News & Media the number of titles the business ran has gone from 10 to now just two. The other paper that has had its closure fate confirmed was the Lichfield Mercury. It began in 1815.

“This is the third time I’ve been up for redundancy. It goes with the territory in journalism. And it’s heart-wrenching for all involved every time.

“I wish everyone going through this good luck. I know those that remain will do their best to report and inform you.”