Independent title marks a year in business after recruiting 13 staff

An independent newspaper has celebrated its first year in business after spawning a sister title and taking on 13 staff.

A sister title, the New Stour and Avon, was launched in March and is edited by ex-Dorset Echo photographer and sub-editor Steve Belasco, while more journalists have also been added to the fold over the past 12 months. 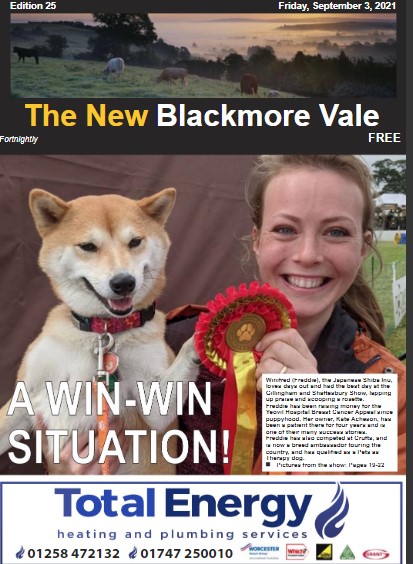 The NBM was launched in a three-way rural news war after Reach shut the BVM, competing with Newsquest’s Vale Journal and another independent title called The Blackmore Vale.

It has a free circulation of 32,500 around the borders of Wiltshire, Dorset and Somerset.

Miranda told HTFP: “The community were genuinely devastated when the BVM closed at the start of the lockdowns in 2020.

“So we knew we would be fulfilling a need.

“However what we didn’t predict is how fast it would grow.”

Nicci Brown, a colleague of Miranda’s on the Dorchester Guardian, also writes for both titles.

Around 500 ads are all placed in the NBV by hand – about 250 of those are designed by ex-Bournemouth Echo duo John Nesbitt and Rich Stone, with the remainder coming from the classifieds team.

Miranda added: “It’s been such a surprise. “All we knew was that people don’t really advertise in print anymore.

“We fretted we couldn’t sustain such an expensive model, but knew in order to fill the gap left by the old mag we had to print on A4 newspaper. Reach had taken the title tabloid and people hated it.

“Now, however, even advertisers who told us at the start they would never advertise in the magazine have come in and we’ve had people suspend their advertising because they have too much work to get through as a result of advertising in our magazine.

“Genuinely. It’s such a thrill to hear that newsprint is working for people.

“Our latest magazine was 112 pages with a four-page glossy advertising wrap. We’ve resolutely kept the font size at 11pt as readers love the larger print, which is no easy task as we always have so much to squeeze in.