A regional daily’s investigation into date rape drugs has prompted the Government to pledge action on the matter.

A probe by Brighton daily The Argus has discovered a Ukrainian gang is trafficking drugs such as Rohypnol into the country – boasting that they are “very good for sex”.

Argus reporter Connor Stringer’s investigation found an “online pharmacy” openly selling the Class C drug, which is illegal to have without a prescription, and comes amid national concerns over drink spiking.

In response, the Home Office has described the situation as “deeply disturbing” and pledged to continue to work against “vile criminal gangs”. 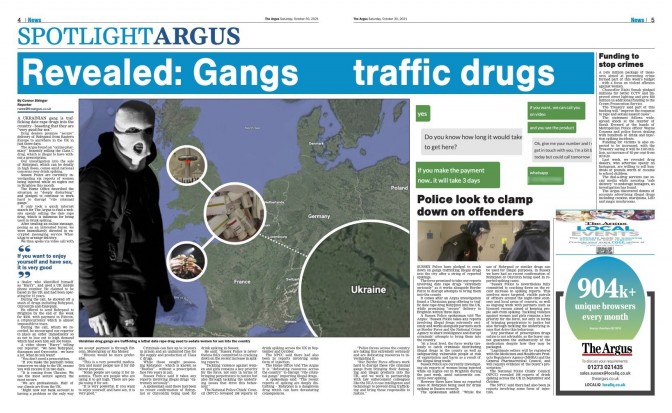 How the investigation appeared in The Argus

Connor was able to discover vendors of the drugs via a simple Google search and posed as an interested buyer.

After sending an online message, posing as an interested buyer, he was immediately directed to encrypted messaging service Whatsapp to arrange delivery.

He then spoke via video call with a dealer, who claimed to have been operating in the United Kingdom for 15 years and offered to send Rohypnol to Brighton by the end of the week for $330 via untraceable cryptocurrency Bitcoin.

During a phone call record by The argus, the man encouraged Connor to place an order “immediately so as not to lose out to high demand which had seen him sell 350 boxes”.

Sussex Police are currently investigating six reports of women being injected while on nights out in Brighton during October, and three arrests have been made following Connor’s investigation.

Connor told HTFP: “It was a great investigation and a very topical one into something that’s really come to light in terms of spiking and date rape recently.

“It was something we wanted to take a look at. It’s shocking how brazen these gangs and drug dealers are and how they’re able to ship drugs into the country.”

It comes after another investigation by Connor last month also revealed drug dealers, who advertise openly on Instagram, are willing to sell hundreds of pounds worth of cocaine to school children. 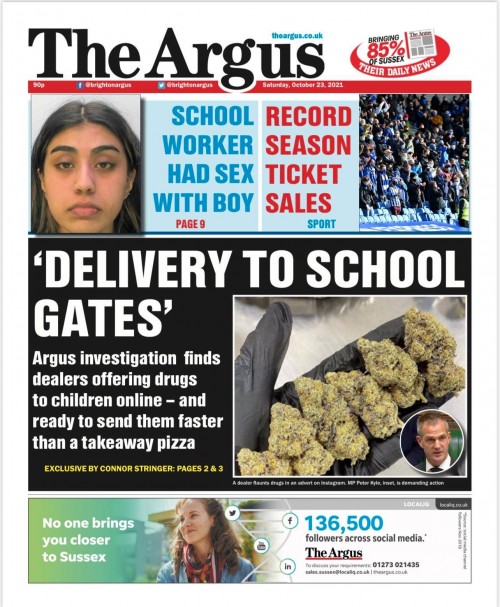 The Home Office told The Argus it is “dedicating resources across the country” to disrupt “vile criminal gangs” importing illegal drugs.

A spokesman said: “The recent reports of spiking are deeply disturbing – Rohypnol is a dangerous drug which can have devastating consequences.

“Police forces across the country are taking this extremely seriously and are dedicating resources to investigating it.

“Our Border Force officers work hard to disrupt these vile criminal gangs from bringing their damaging and illegal products into the UK, and we work in partnership with law enforcement colleagues like the NCA to use intelligence and technology to prevent drug trafficking and bring those responsible to justice.”