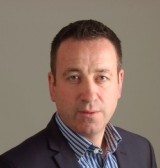 A former regional daily editor is to return to day-to-day journalism as the new editorial boss of more than 60 hyperlocal websites.

Mike Sassi, left, who edited the Nottingham Post until 2019, has been unveiled as editorial director of Nub News, which runs sites covering 68 towns across Britain.

The newly-created post, which was recently advertised on HoldtheFrontPage, will entail managing the 32 full-time journalists who currently staff the network.

Mike will also be tasked with launching a number of new sites, with South-West London, Surrey, Sussex, Leicestershire, Warwickshire, Cheshire, Lancashire, Yorkshire, Essex and the South-West of England being targeted in the company’s latest expansion drive.

It marks a return to daily news journalism for Mike who also edited the Lincolnshire Echo and Stoke daily The Sentinel in the course of a 31-year regional press career which began at the Derby Telegraph in 1988.

In his new job he will report directly to Nub News owner and chief executive Karl Hancock, who started the company from scratch in September 2018.

Mike, who starts his new role on Monday, told HTFP: “I’m genuinely excited. Nub News builds strong and trusting relationships in its towns – and attracts readers who are truly local and loyal.

“Our core mission is to reflect their pride and the values that drive their towns. Mike will lead that passion and I am delighted he is joining us.

“More than seven million people have visited our sites during the past year. Mike’s appointment is a statement about growth, ambition and confidence in the Nub News vision.”

Since leaving the Post in December 2019, Mike has been a director of Notts TV and an Honorary Visiting Professor at Nottingham Trent University. He will retain both roles but in an unpaid capacity.

Nub News is continuing to recruit new journalists and its latest advert can be viewed here.