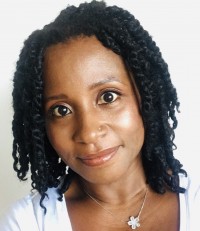 A former regional daily journalist has told how she attempted to contact 70 Conservative politicians in just one day in a bid to find an interviewee for Good Morning Britain.

Anne Alexander has spoken out about the Government’s previous refusal to make ministers available for interview on Good Morning Britain during the coronavirus pandemic.

Anne, pictured, previously worked for Wolverhampton’s Express & Star and Sheffield daily The Star before moving to the BBC and later joining GMB as a producer.

She has opened up on the “extraordinary” situation the boycott created in a podcast with Sally-Anne Youll, another former Express & Star journalist who now works for public relations firm Nurture Media.

Anne, pictured, told Sally: “It was really tricky because we were trying to get the correct information out there and we hadn’t got a minister to ask the specific questions we needed answers to.

“You needed to hold people to account and we weren’t allowed to do that. It was quite a worrying state of affairs. It was extraordinary.”

The boycott began shortly after imposition of the first national lockdown and lasted 201 days until 16 November.

The Nurture Media podcast, The Media & Me, features interviews with people on both sides of the headlines, talking about their experiences of being involved in the big stories of the day.

Sally said: “Anne was a brilliant guest with great stories to tell.”

Nurture Media director Linda Aitchison, also formerly of the E&S, added: “Thanks go to Anne and Sally for such an insightful conversation.   There will be many more fascinating interviews to come.”