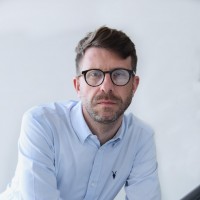 An editor is urging journalists to move to his patch after setting out his stall to run “the best regional city newspaper in the country”.

Richard Porritt has shared his ambition for the Norwich Evening News after four months in charge at the daily title.

In revealing his aspiration, Richard has launched a rallying call to journalists to move to the East of England after accepting newspapers there have “historically struggled” to attract talent to the region.

The newspaper’s publisher Archant is currently offering a £1,000 signing-on bonus to journalists joining the company.

Richard’s plea comes after the Evening News regained its own dedicated editorial team for the first time in a number of years, while he himself became its first dedicated editor since 2017 when he took over in July.

Speaking to HTFP, he said: “I absolutely will not rest until the Norwich Evening News is the best regional city newspaper in the country – nothing else will do.

“However you measure that, I want people to pick it up, flick through it and think it’s a really good product.

“We’ve historically struggled in the East of England to hire from other regions but Norwich is a great city and so newsy as well.

He added: “People should really consider the Norwich Evening News and Archant more widely because we’re putting on a lot of new training for journalists.

“There’s not a great deal of evidence to suggest people have changed but I really would implore them to think about it because something special is happening in Norwich and with Archant too.”

Since taking over at the Evening News, Richard says he has decided to focus on “a return to campaigning journalism” and demanding exclusives from reporters.

Examples of this include the ‘We’ll Sort It’ campaign, which aims to fix problems facing readers across Norwich.

He is also set to invite readers into the newsroom this month to hear what they like about the newspaper and what can be improved upon.

One of his first acts as editor was to change the NEN’s front page tagline to ‘Our City, Your Paper’ but he has ruled out any immediate changes to the title’s name in the near future.

Several dailies including the Glasgow Times Lancashire Post have opted to drop the ‘Evening’ portion of their name in recent years.

But, asked about the subject, Richard said: “My view is if I go into the city and I speak to someone about the Evening News, they know what it is, they know the masthead and they maybe were in the paper as kids.

“If we were suddenly to change to the Norwich News, my fear would be some of that familiarity may be lost.

“That is not to say we wouldn’t do it, but there are no plans immediately to do it. I’d rather focus on our journalism right now than worry about the masthead.”