A regional daily has called for a piece of football history to come “home” to its patch.

Sheffield daily The Star has backed a campaign by Sheffield FC, the world’s oldest football club, to buy a copy of the first ever rules of the sport that its members printed in 1859.

The club is currently trying to raise the £50,000 that the 16-page pamphlet is expected to fetch at auction on 20 July.

The campaign was mentioned on the front page of The Star this morning, pictured below, while the newspaper has also called for a big screen showing of Sunday’s Euro 2020 final between England and Italy in the city. 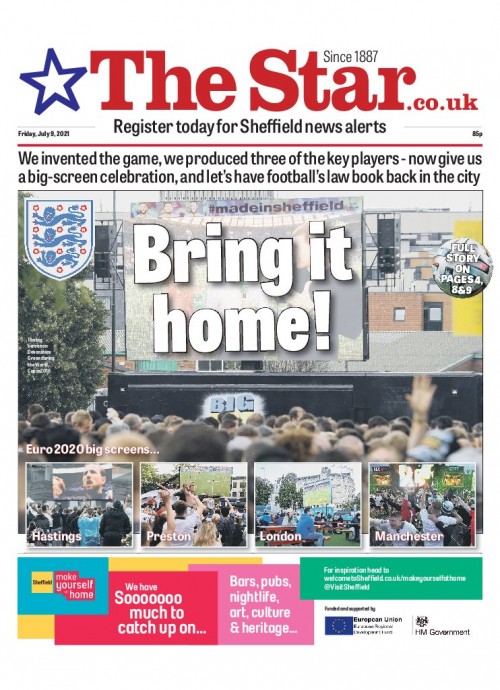 Sheffield City Council has previously ruled out such a move.

The latest calls by The Star form part of an ongoing campaign by the newspaper to get more recognition for Sheffield’s role in the history of football.

Editor Nancy Fielder said: “The 1859 Sheffield FC rules are a piece of footballing history that belong in this city.

“It may be a short time frame, but The Star will campaign to help Sheffield FC bring this booklet to its rightful home.”