A regional daily has launched a campaign to install 40 plaques as part of a campaign to get its patch officially recognised as the ‘Home of Football’.

Sheffield daily The Star is backing a bid by the Sheffield Home of Football group, which aims to “claw back more than 160 years of lost history” in the city.

Some of the footballing ‘firsts’ in Sheffield include the oldest existing ground in the world in Sandygate, the home of Hallam FC, and the oldest football association in England, which was formed in 1867.

Sheffield FC, who bill themselves as the “world’s first football club”, were founded in 1857 and are still going today as a member of the Northern League. 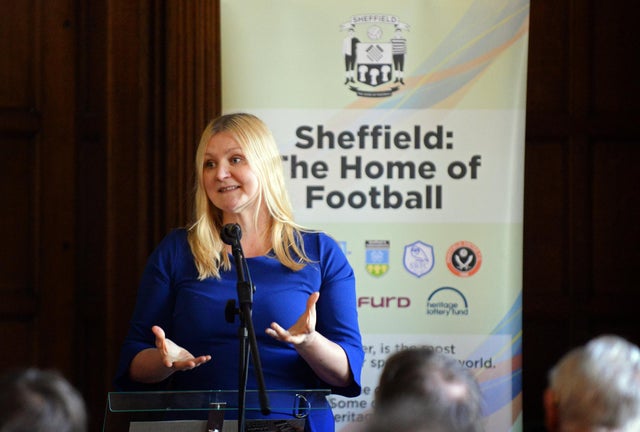 The Star’s own campaign aims to get 40 plaques put up around the city over the next six months, recognising each of the places where one of the 40 ‘firsts’ took place.

Editor Nancy Fielder, pictured above at the campaign’s launch, said: “Most of us agree Sheffield is the home of football, our arguments are undeniable.

“We have got to get this done. We have let it slip through our fingers for 160 years.”