A regional daily’s editor has demanded all newspapers take “positive action” to create reporting teams that are more ethnically and socially diverse.

Nancy Fielder, who edits Sheffield daily The Star, has asserted her belief that every editor’s “goal” should be to increase the diversity of their newsrooms after praising the Facebook-funded Community News Project’s impact on her paper.

The Star currently has two community news reporters on its books as a result of the scheme, which is administered by the National Council for the Training of Journalists and currently employs around 80 journalists in regional newsrooms across the country.

Both journalists, Lisa Wong and Errol Edwards, are from ethnic minority backgrounds. 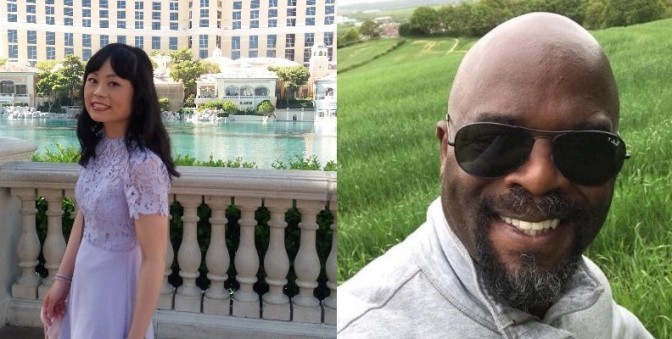 Praising the scheme, Nancy said: said: “During my 20 years in local journalism, I have never seen a newsroom that truly represented the city or town which is served.

“All newspapers must take positive action to not only reach everybody in their patch but to encourage people to train as a reporter regardless of their background, colour, beliefs, religion or class.

“It should be a goal for every editor and it is the quality of all our journalism that has the most to gain through more balanced reporting teams.

“The Community News Project has the power to help newsrooms re-examine their priorities and work harder to build trust and relationships across all of our communities.

“I am very proud of what Lisa and Errol, thanks to this scheme, have achieved while working at The Star and we have benefited enormously from their skills and willingness to push boundaries.”

Nancy is the latest regional press editor to call on newspapers to do more to increase the diversity of their staff – following similar pleas by the Bristol Post’s Mike Norton in 2017 and the Birmingham Mail’s Marc Reeves the following year.

At the time, Marc announced at least half of all shortlisted candidates for reporter vacancies there would come from ethnic minority backgrounds.

Nancy’s call comes after The Star was praised by Adira, a Sheffield-based mental health service that supports the black community, for Lisa’s work developing connections with ethnic minority groups across the city.

When she began her role, Lisa was put in touch with Adira founder Ursula Myrie.

Ms Myrie, who subsequently opened up for the first time to Lisa on the systemic abuse she suffered when she was in care, said: “There’s more about my community in the paper now. This is new for us – to have our stories out there.

“And they are positive stories too. They’re not about missing fathers, single mothers, black on black crime – it’s positive stories. Lisa has definitely bridged that gap.”

She added: “I think it also helps that Lisa herself is considered a minority, so we have shared experiences.

“Having that connection has absolutely helped develop our relationship.”

Lisa completed her NCTJ Diploma in Journalism to gold standard at Sheffield College in 2020 and is now working towards her National Qualification in Journalism.

She said: “I knew that having quite niche specialisms would be a challenge and I’m not sure I would have been able to gain trust with communities in the same way if it wasn’t for the CNP role, as it has allowed me to focus on particular issues, as opposed to general news.

“I have been able to go out and about into the heart of communities and that has been key.

“The scheme as a whole has given me the opportunity to embark on a journalism career without prior experience and qualifications, which I think is quite rare in this industry.

“I’m quite sure that I wouldn’t have become a journalist without it.”