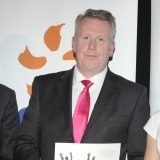 A regional daily editor has admitted that his newspaper has “too few” ethnic minority journalists and has contributed to a “cultural divide” on his patch.

His comments came in a column announcing the Post’s support for a campaign to tackle the under-representation of ethnic minorities in the city.

The campaign, called ‘The Year of Change’, hopes to generate discussions on why black and minority ethnic (BME) people aren’t properly represented in Bristol and why the city is so culturally divided.

In his column, Mike described Bristol as culturally “a bit of an embarrassment” after a ‘dissimilarity index’ report this year found its schools are the most ethnically divided in England.

He went on: “The Post is no better. Too few of my staff are from the BME community and neither black writers nor black communities are well represented in the paper or on our website. And, over the years, the Post has undoubtedly contributed to the cultural divide that plagues our city.

“Now, of course, this wasn’t intentional exclusion. None of it happened by design. But that doesn’t make it acceptable.

“So why aren’t BME people properly represented in Bristol? Why is our city so culturally divided? Why don’t we want to talk about the legacy of the slave trade, even though hundreds of white Bristolians were also exploited by it? Why do we want to distance ourselves from our history?

“I don’t know the answer to these questions. But I do know that this situation is unhealthy and unsustainable. And I want this newspaper to be part of the movement that is seeking to change it.”

Mike said the ‘Year of Change’ campaign should not be “a cue for trite, municipal apologies or for Bristol to beat itself up about its past”, but about “a desire to find agreement in voices from across the city”.

A new play about the slave trade, The Meaning of Zong, is set to be performed in Bristol next year.

Mike added: “I sincerely hope that this play, our city conversations and Roger’s Year of Change will help Bristol to find a way of properly recognising and moving on from its difficult past.

“But this is about Bristol’s future, too. Let’s make history show 2018 as the year when we took the first steps together towards creating a truly united city.”