Regional dailies have turned on football clubs they cover today over their plans to join a European Super League.

Both the Liverpool Echo and Manchester Evening News have splashed on their opposition to Liverpool, Manchester City and Manchester United’s participation in the controversial project, which has been met with outrage from supporters.

They have been joined by fellow Reach plc titles including the Birmingham Mail, Bristol Post, Leicester Mercury and Newcastle daily The Chronicle in splashing on the launch of a new campaign called ‘Our Clubs, Our Future’ which aims to stop the league’s planned launch.

The MEN ran with the headline ‘Shame on you’, accusing the two Manchester clubs of dismissing “140 years of history, the loyalty of millions and the very cornerstones of Manchester”. 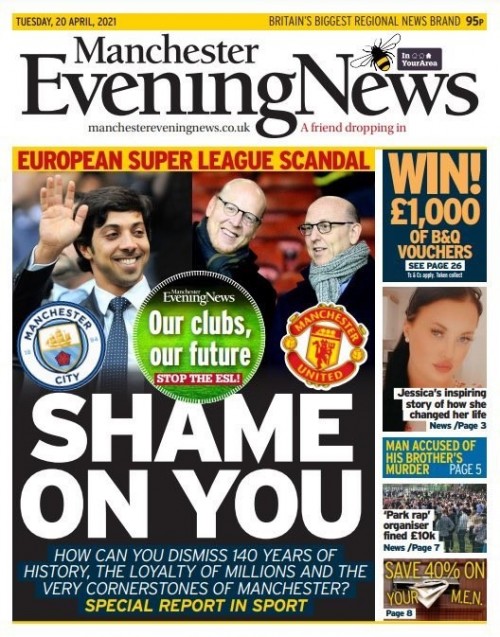 In an editorial accompanying the campaign’s launch, Chronicle football publishing editor Mark Douglas wrote: “Our historic newspapers have told the stories of our clubs’ failures and glories for hundreds of years and we will not stand by and allow a few men in a backroom somewhere to steal the dreams of current and future generations.

“Our nationwide survey shows overwhelming opposition to the plan, from fans whose teams would be locked in to those pressing their nose against the glass.

“It is a mandate for us to speak with one voice and say: the people you have taken for granted want nothing to do with this. At every opportunity we will make that case and speak on behalf of our readers.

“We know what’s at stake. This so-called Super League not only has to fail, it has to be chased out of the sport forever.” 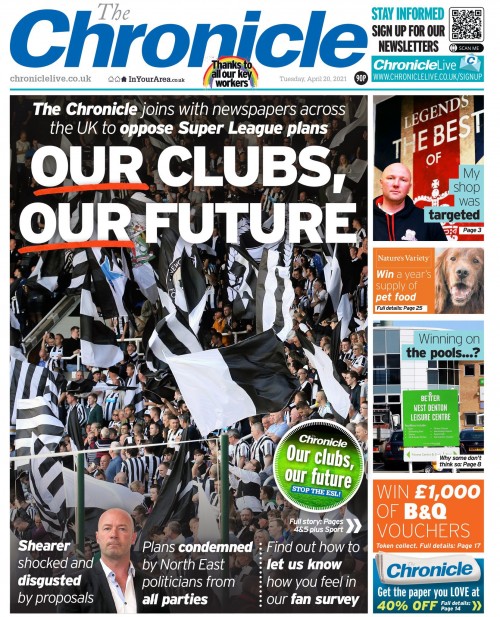 The Echo chose a quote from legendary former Liverpool manager Bill Shankly, who said 50 years ago: “We speak the language of the people.

“Instead of me saying somebody was avaricious, I would say they were bloody greedy.”

Reach has also launched a group-wide survey to gauge fans’ views of the Super League proposal. 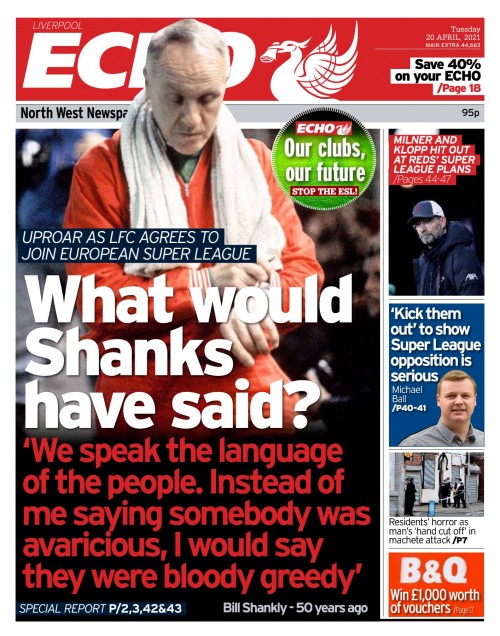 As well as the Manchester and Merseyside giants, London clubs Tottenham Hotspur, Arsenal and Chelsea are among 12 elite European teams threatening to launch a new midweek competition to which they would always be guaranteed entry, regardless of where they finish in the English Premier League.

The Mercury and the Mail’s front pages can be seen below. 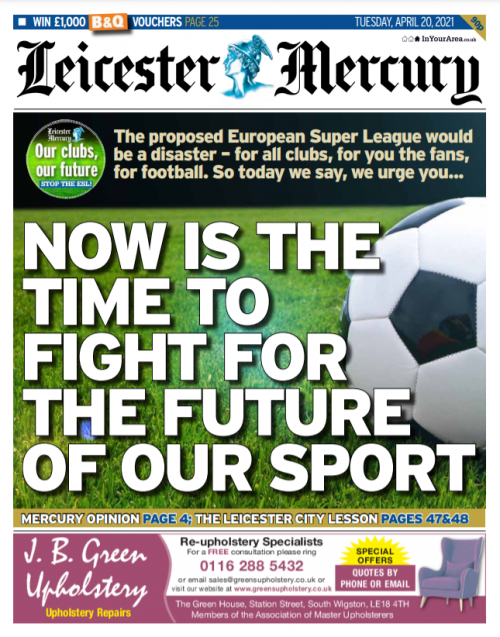 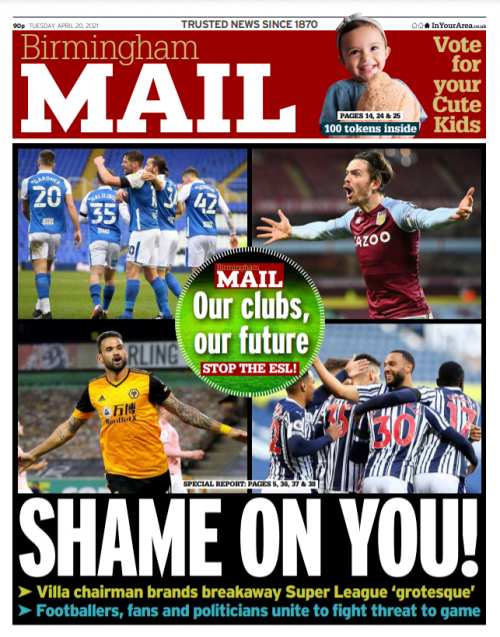