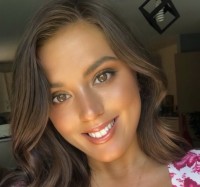 A new national news service has poached a BBC journalist to become the second member of its regional reporting team.

Lily Hewitson, pictured, has been appointed to the team at GB News, where she will be “including Wales in the national conversation”.

Rachel Sweeney was unveiled as the first recruit to the regional reporting team at the channel, which is due to launch this year, where she will serve as North East reporter.

The station’s chairman Andrew Neil has previously stated a regional focus would be “vital” to the new project, with 120 journalism jobs being created across the United Kingdom.

“Born and bred in Llandaff, Cardiff, she is passionate about including Wales in the national conversation.

“Lily has been with BBC Wales for two years and before that, Cardiff TV.”

Lily herself said: “I’m delighted to be joining GB News as their reporter for Wales. An incredible opportunity to broadcast stories that matter to us Welshies across the UK.

“My BBC Radio Wales family will be dearly missed – thank you for everything.”