Alan Cooper: A lost link to the old world of print journalism

The death of former Plymouth Evening Herald editor Alan Cooper last week has spawned many eulogies to a man described by one former colleague as “one of the last great editors of print journalism.”

Keith Scrivener, pictured, who served Alan’s deputy on the Evening Herald for a decade, has now penned his own tribute to his former boss, hailing him as “a king in the halls of Fleet Street and provincial newspaper offices.” 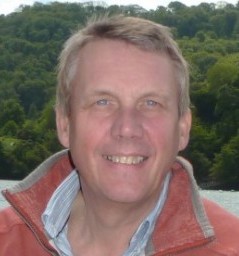 WHEN I learned this week of the passing of my former boss, newspaper editor Alan Cooper, I shed a tear not just for the loss of the man but also for the lost link to the old world of newsprint journalism.

I was privileged to be Alan Cooper’s Deputy Editor on the Plymouth Evening Herald for ten years from 1987 to 1997 and for me it was a decade of working with the best in the business.

Alan has been described as ‘one of the last great editors of print journalism’ and for those who sat alongside him on ‘the back bench’ it was always plain to see.

He was an editor who spent little time in his own executive office, being mostly found sitting alongside the subs, or perhaps standing over the news desk, occasionally peering over the shoulder of a Photo Editor, or discussing the back pages with an angry Sports Editor.

Alan Cooper was a man who knew the importance of a pica em. He belonged to an era of points and fonts, WOBS, nut-each-side copy, and squeezed headlines. He was passionate about widowed turns and orphaned lines, eight point blobs and bold captions.

With just a book of page blanks, some scrap copy paper, a few pencils and a ruler, Alan could single-handedly create or change an entire edition without touching a keyboard. This was in an age when ‘cut and paste’ involved a glue pot and a pair of scissors. The latest and best tool in technology was to have your own telephone on your desk with an outside line.

Alan would use a printer’s em-rule to cast-off a reporter’s copy with exact precision then rush away to stand by the print room stone in front of an NGA compositor, supervising the banging of the finished type into the forme.

He loved creating the perfect page. When the first of our five daily editions landed on his desk he reviewed every inch of every page and was the first to point out where a rogue 8pt black rule intruded across the column into the weather table on Page Two.

When the ancient craft of pen and paper was put aside and computing took over, Alan adapted and still flourished – leading his team through the new world of monitors and dongles.

When screens froze and systems failures delayed the running of the great printing presses, he would famously vent his anger on inanimate objects – once picking up his chair and throwing it over our desk leaving a new parting in my hair style in the process. He would then flash his charming smile, roll up his sleeves and turn to the next job in hand.

Alan was a king in the halls of Fleet Street and provincial newspaper offices. He served his time in dusty old offices working on post war austerity desks. He clattered on Underwood typewriters, as boys ran about fetching copy, pushing paper proofs into pneumatic tubes to be transported around the building, while ticker-tape machines clicked away in corners

Ink ran in his blood and stained his fingerprints. In this way he left his mark on all of us. And I am proud to have sat next to him.