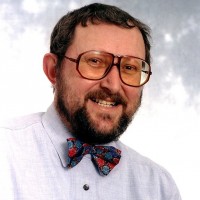 An award-winning regional editor described as “one of the last great editors of print journalism” has died aged 78.

Tributes have been paid to Alan Cooper, who edited both the Plymouth Herald and the Cornish Guardian during a 45-year career.

Alan, pictured, began his career in local newspapers before joining the Daily Express and the London Evening News.

He moved to the Herald in 1984, initially as deputy editor, having held the same role at the West Country Sunday Independent.

Alan, who retired in 2005, had been undergoing a lengthy series of treatments for cancer prior to his death on Sunday.

Stuart Fraser, who worked with Alan for more than 30 years, said: “Alan was one of the last great editors of print journalism, a passionate advocate for the importance of trusted local journalism who fought all his career for the communities his papers covered.

“In everything he did he put the readers first. He was a deeply compassionate man, always concerned to be sensitive to people’s needs.

“He always seemed happiest with deadline approaching fast, the pressure on and coverage to organise. Dozens of smashed telephones over the years bore witness to the passion and commitment he had for his job.”

Alan began his career on his home paper, the Somerset County Gazette, as a trainee reporter in 1960.

From there he moved to the Kent Messenger, where he rose to the position of sports editor, and then formed part of the launch team at the Evening Post in Kent.

His years on Fleet Street titles began when he joined the Daily Express as a sub-editor based in Manchester.

He then joined the London Evening News in 1973 and became chief sub-editor, remaining there for six years until he moved to Plymouth as deputy editor of the Sunday Independent.

Alan switched to the then-Plymouth Evening Herald in 1984, and took the editor’s chair four years later and overseeing a “golden era” for the paper in which daily circulation was around 58,000.

In 1992, the Herald was named Britain’s Community Newspaper of the Year for its ‘Wake Up Plymouth’ campaign to promote the city economy and win work for Devonport Dockyard.

Alan was appointed editor of the Cornish Guardian in 1996 and oversaw weekly sales of more than 40,000, while the title also won honours including Best Weekly Paper at the EDF Energy Awards.

He finally retired from journalism in 2005.

Former Herald picture editor Tony Carney said: “It was a privilege to work for Alan – an editor held in the highest regard not only by all who worked for him but also by all who knew him.

“The Evening Herald under his leadership grew to become one of the best evening papers in the country.

“Alan could redesign a front page using paper grids before you could boot up an Apple Mac and was never afraid to change a front page when a good late story came in.

“He will be sadly missed by all who knew him… the best editor I ever worked for.”

Journalists who trained under Alan have also paid tribute.

Defence specialist and author Iain Ballantyne said: “Alan Cooper was a patient and extremely understanding boss of eager young reporters and gave me a start in evening newspapers, which has been the foundation of my career as an editor and author. For that I am forever grateful.”

Photographer Guy Channing added: “Alan saw me through my training, helped personally with the central project, and wrote a covering note.

“It gave me enormous confidence going forward, paving the way for many years of enjoyable employment. It was pivotal and as always his advice was delivered like the gentleman he was.”

Jacquie Bird, who joined the Herald as a trainee and then moved to ITV Westcountry, said: “I am truly grateful for all the chances he gave me and the trust he put in me.

“I still have the letter he wrote me because he knew I was nervous about leaving the Herald, saying there would always be a job for me with him if I wanted it. What a lovely man he was.”

And Kevin Marriott, who worked with Alan until his retirement, added: “He turned out to be the best editor I ever worked for and between us we built a fantastic sports department which provided the happiest days, years, of my career.

“Alan was an old school journalist, thank God. He knew what newspapers were all about, he didn’t suffer fools gladly, and if you worked hard for him, he would back you all the way.”

Nick Knight, Devon Regional Editorial Manager for Tindle Newspapers and former deputy editor of the Cornish Guardian, said: ‘Having worked as Alan’s deputy for seven years I have to say he was an inspiration to us all.

“To say Alan was passionate about local journalism would be an understatement. He cared deeply about every aspect of the paper and its contents and was ferocious in his defence of local journalism.

“Many of us who worked under him went on to become editors ourselves and would all acknowledge him as ‘The Boss’ long after we’d finished working under his tutelage – rather like former Manchester United players talking about Alex Ferguson. He was a huge Man U fan by the way.

“In spite of the pressures and long hours of producing papers he was above all a good friend and supportive of his team and kept in touch even after his retirement.”

Away from journalism, Alan was a keen cricketer who played for his local club and captained the Herald’s team in Plymouth leagues.

He also served as a local parish councillor, maintained a close interest in politics and current affairs – and remained an avid reader of the printed press in his retirement.