All regional daily newspapers experienced double-digit drops in paid-for print circulation during the second half of 2020, figures have revealed.

ABC has published data for 41 daily titles for the period July to December 2020 which saw most of the UK in partial lockdown due to the coronavirus pandemic.

When compared with the same period in 2019, the Oxford Mail topped the circulation league table after recording a 13pc decrease. 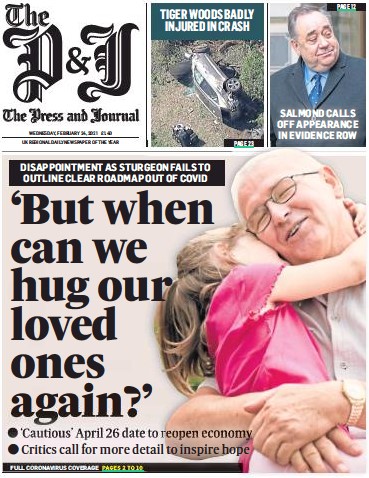 The figures show Aberdeen daily the Press & Journal is the UK newspaper with the highest combined circulation when the three factors are taken into account.

We have excluded free copies from our analysis of the data as they are only recorded by a handful of regional daily titles and of these only three – the Manchester Evening News, the York Press and the Brighton Argus – recorded figures for free copies for both 2019 and 2020.

Including the above figures in the circulation totals for both titles would have given the MEN a 46pc decrease in circulation and The Argus an 8pc decrease.

Similarly we have excluded subscriptions to e-editions from our analysis of the data as only ten titles recorded figures for these, only six of which also included comparable figures for last year.

Despite the fall in print sales during the pandemic, online readership has continued to grow over the same period with both Reach and Newsquest recently publishing record audience figures for their regional titles.

However online audience figures are no longer audited by ABC so are not included in the current circulation data.

A number of daily titles are no longer registered with ABC including the Northern Echo, The Journal and the Blackpool Gazette, while other such as the Wigan Post and Shields Gazette only publish figures covering a whole calendar year.

ABC has yet to publish certificates for all non-daily titles over the same period but once these are available these figures will also be published on HTFP.

The full list of regional dailies in order of paid-for circulation decrease is below.