Last call for entries to the Regional Press Awards 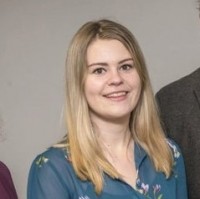 Journalists have just three more days to enter this year’s Regional Press Awards with entries due to close on Monday.

Designed to celebrate the best of UK journalism during the calendar year 2019, the awards comprise of 38 categories covering daily and weekly newspapers, news websites and social media plartforms.

Jusging will take place during March with the shortlist to be announced in April 2020 ahead of the awards ceremony on Friday 5 June 2020 at the IET, Savoy Place, London.

Among the 38 categories is a national award first launched last year which celebrates good interviewing in the regional press.

The Cathryn Nicoll Award is aimed at journalists aged 18 to 25 working for a weekly or daily or local regional newspaper in the UK.

Entrants to the award, which comes with a £500 cash prize, must have “demonstrated great vibrancy and skill” in an interview piece they conducted during 2019.

The award was set up last year by the News Media Association in memory of former Croydon Advertiser news editor Cathryn Nicoll.

Molly Williams, of Sheffield daily The Star, was its inaugural winner.

Said Molly, pictured: “It was an amazing surprise to win the award, a really proud moment that I will cherish throughout my journalism career.

“It’s important to take a step back every now and then to recognise the hard work done in regional newsrooms every day. This event is a fabulous way to celebrate that and makes for a very inspiring day that also brings journalists together from across the country.

“As a young reporter who is in the early stages of her career it was a huge confidence boost to be a part of the awards and then to be the first winner of the Cathryn Nicoll Award was incredible.

“To anyone on the fence about entering, I’d say go for it. My editor encouraged me to take a chance and it was one of the best things I’ve done.”

Journalists have until Monday 2 March to submit their entries through the website of awards organiser the Society of Editors, and further details can be found here.