A newspaper which was scrapped by a regional publisher 24 hours before its planned launch has been revived as an online-only title.

Newsquest has announced the launch of the Cumberland & Westmorland Gazette website, which will cover Cumbria’s Eden Valley.

The publisher initially revealed plans to establish the Gazette as a print product in February after independent weekly the Cumberland & Westmorland Herald went into voluntary administration.

But the print project was scrapped just 24 hours later – a day before it was due to hit the streets for the first time – when a deal was secured to save the Herald. 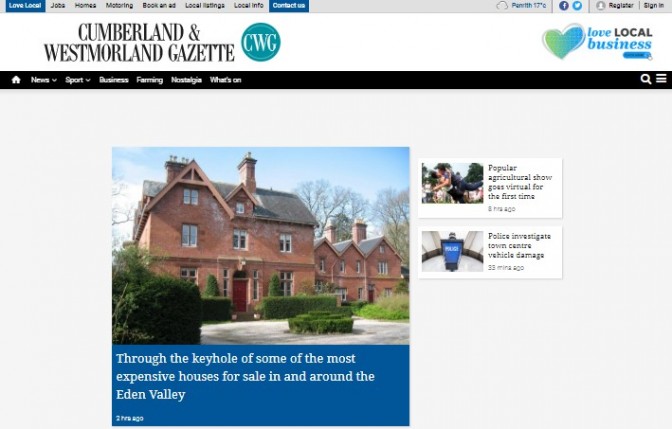 “Unlike in other areas of Cumbria this is not available in Eden.

“The team at Newsquest Cumbria has seen an opportunity to expand and offer readers something new and is in the perfect position to do so.

“The new site will build upon Newsquest Cumbria’s presence across the county.”

The Herald was purchased by businessman Andy Barr, who last month added the neighbouring Keswick Reminder to his portfolio.