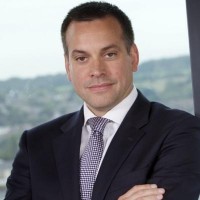 Archant’s new owners have appointed a weekly newspaper director and “company turnaround specialist” after scrapping the role of executive chairman at the publisher.

The company has confirmed to staff the top role will not be replaced after Simon Bax’s departure was revealed last week.

Instead, Archant says day to day running of the firm will be led by its executive team, with Rcapital Partners, which bought a 90pc stake in the business in August, appointing Nick Alexander to work with the team.

Nick, pictured, is a chief restructuring officer and “company turnaround specialist” who previously led the 2015 takeover of the Rotherham Advertiser by Regional Media Ltd.

He remains an active director at Regional Media, according to Companies House.

Nick’s appointment was confirmed in an email sent to Archant staff by chief people and transformation officer Dee Willmott, which has been seen by HTFP.

In the memo, Dee wrote: “Going forward, it has been agreed that the role of executive chairman will not be replaced.

“The day to day running, as well as the strategic direction of the business, will be led by the executive team.

“To support the transition, Nick Alexander will join Archant to work alongside the exec team to help ensure the progress to date is embedded and the many opportunities we are pursuing are delivered.

“Nick has had a number of previous roles with Rcapital, specialising in supporting transformation projects and has experience in our sector.”