A regional daily has launched a fresh plea for readers to support the UK’s last remaining Saturday sports edition.

The Sports Mail, published by Portsmouth daily The News, has been the last publication of its kind since the closure of the Southern Daily Echo’s Sports Pink in 2017.

Steve Bone, who is part of the team that produces the Sports Mail, called on supporters of Portsmouth FC to lend their support to the title as the new football season got underway.

As previously reported on HTFP, The News is one of four JPIMedia titles to launch a new online subscription package aimed specifically at readers of its sports coverage. 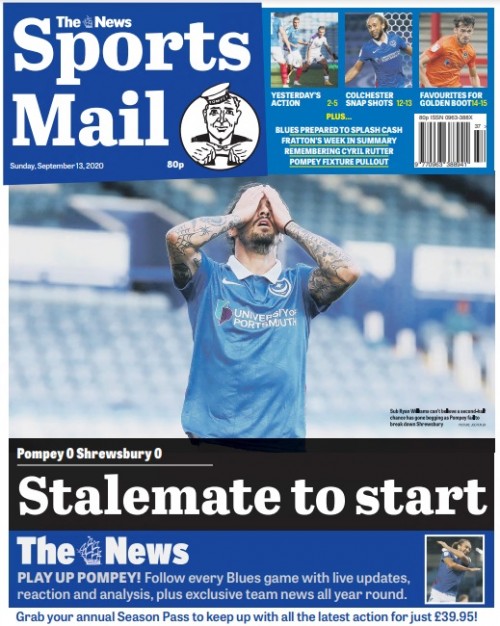 But, in a plea for fans to keep supporting such coverage in print too, Steve wrote: “I’m proud to be part of the small team that keeps the Sports Mail going – even if, sadly, it is just about the last regional weekend football paper of its kind still being produced.

“Times have changed greatly and few if any now find out Pompey’s result and scorers, or the details of the match, from picking up this paper.

“Long gone are the days when Pompey fans and other local football followers would flock to newsagents on a Saturday night in their thousands to wait for the stacks of Mails to arrive and pore over the news from Fratton Park and the day’s other scores and updated league tables.”

Added Steve: “If you’ve ever bought the Mail and enjoyed it, please do try to support it during the season. If nothing else, it will always be the first place you can read my ramblings on everything from past Pompey greats to silly superstitions.”