Three sister dailies are set to quit their offices after negotiations for an extension of their lease broke down.

Newsquest Scotland has confirmed that its staff will move out of their headquarters in Renfield Street, Glasgow, after deciding that the terms on offer from the landlord were “no longer value for money”.

Renfield Street is currently home to daily titles The Herald, The National and the Glasgow Times, as well as The Herald on Sunday.

Newsquest says it will now be actively seeking alternative premises in Glasgow and is committed to having a “significant presence” in the city. 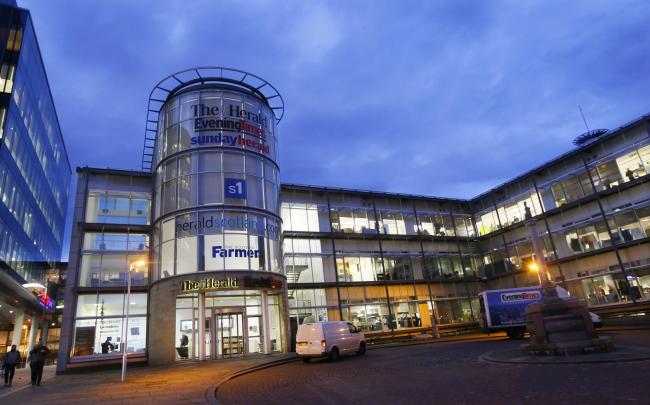 In the meantime, the company says it will “fully utilise” available space at its nearby Cambuslang and Clydebank sites.

It is understood that Newsquest staff are due to vacate the 53,000 square foot, glass-fronted offices by 24 May.

A Newsquest spokesman told HTFP: “We have called a halt to our protracted negotiations with the landlord for the extension of the lease for our Renfield Street property.

“Having taken cognisance of the situation, we concluded that the terms on offer are no longer value for money, and in the meantime that we will fully utilise the available space that we have in both Cambuslang and Clydebank.

“We are committed to having a significant presence in the city.

“We are actively seeking alternative premises in Glasgow and have already identified various options with commercial property partners.”