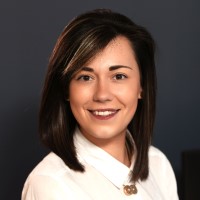 Tens of thousands of people have taken part in a virtual ‘pub quiz’ hosted by a regional news website.

The quiz is among a number of initiatives by the company’s editorial teams in Devon and Cornwall aimed at creating “positive content” during the coronavirus outbreak.

Others include broadcasting a FIFA video game version of football’s Devon derby, as well as hosting an online fitness session and a cookery tutorial.

Edd Moore, digital editor at Reach Devon and Cornwall, told HTFP: “We’re rather proud of the work we’re doing around positive content in Devon and Cornwall right now – from daily live blogs highlighting the ‘coronavirus heroes’ in our communities to our Facebook Lives.

“Our regional video editor, Erin Black, has been leading the Happy Hour project which sees us stream a Facebook Live every day on Plymouth Live, Devon Live and Cornwall Live.

“On Tuesday night we screened a FIFA version of the Devon derby between Plymouth Argyle and Exeter City, which should have been taking place that evening, complete with commentary from our football editor Chris Errington.

“The Lockdown Pub Quiz was a great bit piece of fun and distraction at what is an unsettling time for all of us – and expertly hosted by Erin. Over 1,000 people took part live and 55,000 more caught up later. The reaction from our audience has been overwhelmingly positive.”

Plymouth Live now has plans to screen live music, comedy, bedtime stories for children and baby and toddler classes from next week.

The Plymouth Herald’s sister site will also be streaming a FIFA version of Grimsby Town v Plymouth Argyle at 3pm on Saturday, the time at which the real life fixture was due to be played.

Edd added: “Current events are forcing all newsrooms to work and think differently and ours is no different.

“While we have dedicated teams focused on breaking news and campaigns aimed at helping our region, readers, businesses and NHS through this period, we’re just as passionate about providing people with some fun and entertainment.

“We do, of course, need it now more than ever.”

Baylis Media – publisher of the Maidenhead Advertiser, Burnham Advertiser, Twyford Advertiser, Slough Express and Windsor Express – has dropped its paywall in favour of a “pay if you can” scheme.

The company uses the Axate system, which allows readers access to paid content without having to subscribe, but has now made a 20p payment optional for all stories.

Print and digital editor James Preston told readers: “It is important that our coverage reaches as many people as possible at a time like this, so we have made our articles free-to-read across our websites.

“However, we have introduced a new ‘pay if you can’ feature which will give you the option to pay a small amount for a story.”

Hunts Post journalist Julian Makey has written of his experience after being asked to self-isolate for three months due to the fact he is undergoing treatment for blood cancer.

Julian wrote: “I first saw the message at about the time Prime Minister Boris Johnson was announcing the ratcheting-up to unheard levels of restrictions designed to limit the spread of the virus and I do not mind admitting that the combination of the two set me back badly.

“When you have been ill, it takes a fair bit of sweetener to sugar the pill that says you are at risk again.”

He added: “At least self-isolation at work does not hold any worries since I have been doing that since I resumed at The Hunts Post on a very part-time basis last summer, gradually building up to three full days and recently setting up in a side-room where I could work separately from my wife.

“I had been looking forward to travelling into the office for some working days when the coronavirus axe fell.

“When you are working, a three day week seems a wonderful idea but I find that the two days I have ‘spare’ do not give me the time I expected to do the things I want to do – although I do seem to spend a lot of time watching dodgy 1970s TV shows like the Professionals, the Sweeney and Minder.”