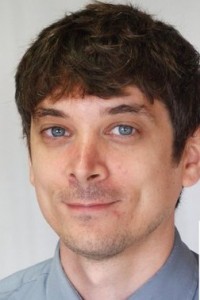 A teenager’s wrongful conviction for flouting coronavirus lockdown laws has been quashed thanks to a regional daily’s coverage of the case.

Lewis Brown had his conviction for “failing to comply with a direction imposed under the Coronavirus Act” overturned after civil liberties group Big Brother Watch read a report of the hearing by the Oxford Mail.

The Mail reported last month how the 18-year-old had been handed a fine for allegedly flouting lockdown rules after going to visit his mum.

But the convitction has now been set aside after an investigation by Big Brother Watch revealed Mr Brown had been charged under the wrong law.

The group contacted Mail court reporter Will Walker about the hearing prior to launching its probe, which found the correct charge should have been brought under the Health Protection (Coronavirus) Regulations 2020.

Will, pictured, told HTFP: “The case highlights the importance of continuing to cover the courts during the COVID-19 crisis.

“New legislation should always be scrutinised and thanks to the reaction to the original article the CPS and police looked into the case again.

“While I appreciate the courts, CPS and police are all having to adapt quickly to new changes the press still have a duty to hold them to account.”

At the original hearing Oxford magistrates heard Mr Brown had been spotted by police at an address in the city that was not his own on 17 April.

Officers from Thames Valley Police had been investigating a separate matter and it was during those enquiries that officers saw the teenager go down a driveway to an address on Oxford Road that had no connection to him.

The court heard Mr Brown had initially left that address earlier in order to give his vulnerable mother money. He was fined for a single count.

At the same court on Wednesday prosecutors withdrew the case and the conviction was “set aside”.

A Crown Prosecution Service spokesperson told the Mail: “We have now withdrawn the charge against Mr Brown of failing to comply with a direction imposed under the Coronavirus Act and advised the court that, as he had already spent time in custody, it was not in the public interest to restart proceedings under the correct provisions.”

A Thames Valley Police spokesperson addeD: “Any new legislation brings its own challenges, especially when operating in such challenging times and our officers and staff will continue to work tirelessly to protect the public by helping to reduce the spread of Coronavirus.

“We have provided further guidance, training and briefing to our officers and we are working closely with the Crown Prosecution Service to scrutinise any charges brought under the new emergency legislation.”