‘Several’ potential buyers in race to save under-threat weeklies

“Several” potential buyers have come forward with the aim of rescuing two sister weeklies after their owner went into administration.

Administrators acting for George Boyden & Son Ltd, publisher of the 160-year-old Stratford Herald and its free sister title Midweek, have revealed to HTFP that a number of interested parties have made contact regarding the potential purchase of the business.

We reported a fortnight ago how the company had gone into administration due to a collapse in advertising and sales revenues during the coronavirus pandemic and the costs associated with historic pension liabilities.

At least seven editorial jobs could be under threat unless the titles find a buyer, although the Herald is continuing to publish as normal during the process. 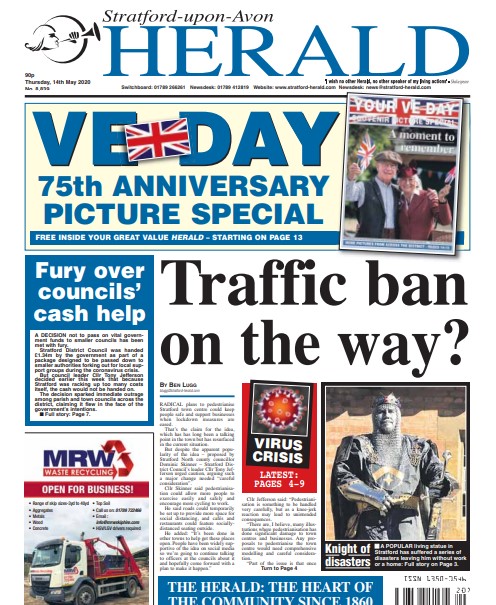 Joint administrator Nigel Price, from Elwell Watchorn & Saxton, told HTFP: “I can confirm that several parties have expressed interest in acquiring the Herald titles, and business, and have signed non-dislcosure agreements in order to obtain further details of the business.

“Information memoranda have been sent out to all of those parties and some further enquiries have been received, and dealt with.

“We will be issuing a deadline for offers within the next few days.

“In the meantime, the Herald has continued to be published, as normal, under administration.”

He wrote: “There has been considerable interest in the news we shared in the last issue that the company behind the Herald had gone into administration.

“In this column last week I spoke of us not being the only business waiting to see what happens next due to circumstances out of our control – and we will always be mindful of that.

“But in the midst of the uncertainty we face and the change to what had been a long-established way of working, we have to see the level of interest in our destiny as a sign we are not the only people who believe there is a role for us to play in the community and a viable business for the future.

“And while we wait to see where all this attention takes us, we have been uplifted by the comments of so many readers in phone calls, messages and comments on various Facebook posts.”