A deal to save two under-threat sister weeklies appears to be close after a local business was chosen as the preferred bidder for the titles.

Administrators acting for George Boyden & Son Ltd, publisher of the 160-year-old Stratford Herald and its free sister title Midweek, have told HTFP they are in the process of agreeing terms with an interested party – an unnamed “Stratford-based business with strong media experience”.

We reported last month how the company had gone into administration due to a collapse in advertising and sales revenues during the coronavirus pandemic, as well as the costs associated with historic pension liabilities, putting at least seven editorial jobs at risk.

The Herald has continued to publish as normal during the process, and on 20 May it was revealed several potential buyers had come forward with the aim of rescuing the titles. 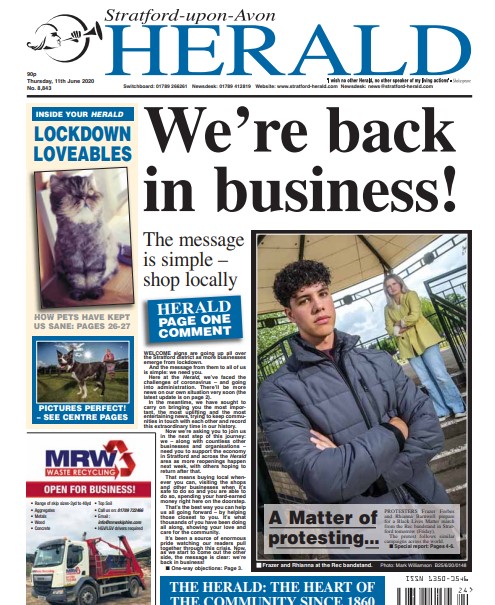 Joint administrator Nigel Price, from Elwell Watchorn & Saxton, told HTFP: “I can confirm that a preferred bidder was chosen from the interested parties last week, and we are now in the process of agreeing the terms of the sale contract with them.

“A further announcement will be made next week, by which time the contract will, hopefully, have been signed.”

The number of parties which made bids for the company has not been revealed.