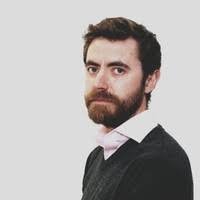 A regional news website’s digital chief has been appointed to a new editor role with the same company.

Reach plc has announced Gloucestershire Live head of digital Tom Gibbon will take up the role of editor at In Your Area, its UK-wide hyperlocal news service.

Reach has recently revealed an expansion of In Your area, which has seen Ed Walker promoted to editor-in-chief of the site and 10 other editorial jobs created.

Tom, pictured, began his career on hometown newspaper the Banbury Guardian in 2007 and moved to The Citizen, in Gloucester, in 2011.

After working as a senior reporter and on the newsdesk, he was appointed to his current role when The Citizen’s sister title Gloucestershire Live was launched in 2016.

He said: “I’ve had a brilliant nine years in Gloucester and have worked with some of the most talented journalists in the country here.

“I’m really excited to get started with In Your Area and feel extremely proud to have been given the opportunity to help shape such an innovative product that I believe can transform how people engage with local journalism.”

Tom will take up his new role in mid-March after first overseeing its coverage of horse racing’s Cheltenham Festival. An announcement on his replacement in Gloucestershire will be made in the coming weeks.

Ed said: “I am delighted to welcome Tom to the In Your Area team and know he will do a first-class job in ensuring the growth of In Your Area continues.

“His work in helping to build an audience of scale across Gloucestershire has not gone without notice, and his background in community news for Gloucestershire Live and before that in Banbury is just the kind of skills we need to ensure In Your Area flourishes and is an app where people feel they want to spend time.”