Reach fends off challenge to win clearance for tabloid takeover

Reach plc has been cleared to take full control of the Irish Daily Star despite an earlier union challenge.

The Republic of Ireland’s Competition and Consumer Protection Commission and Minister for Media, Tourism, Arts, Culture, Sport have granted regulatory clearance for the newspaper’s acquisition, with the deal set to complete as early as Monday next week.

Reach announced in July it had reached an agreement to buy Independent News & Media’s 50pc stake in the newspaper, but the National Union of Journalists questioned the decision while consultations were ongoing with hundreds of staff over planned redundancies.

In a statement at the time, the union warned it would use “provisions contained within Irish media-mergers law” to challenge the takeover. 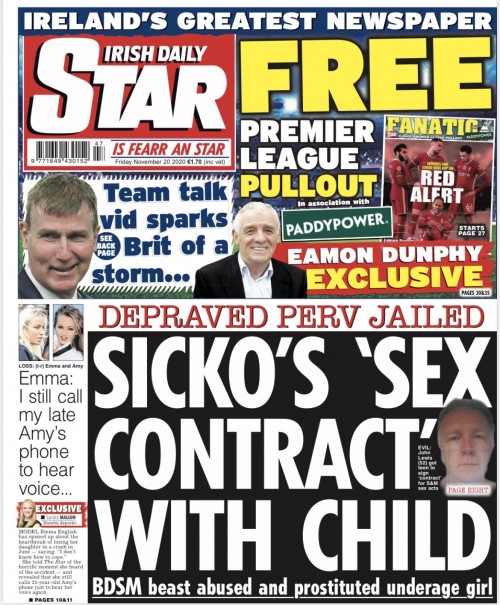 But Reach has now confirmed clearance has been given for the deal.

Jim Mullen, the company’s chief executive, said: “We are pleased to have secured regulatory clearance and look forward to building on the success of the Irish Daily Star and Buzz.ie.”

INM CEO Marc Vangeel added: “We welcome the successful conclusion of the regulatory process, and we are pleased that the parties can now move forward towards completion.

“We will work with Reach to ensure a smooth transition, and we are confident that the Irish Daily Star has a bright future ahead within the Reach portfolio.”