Union chiefs have vowed to challenge Reach plc’s decision to take full control of the Irish Daily Star – claiming it has caused “seething anger” among journalists within the company.

The National Union of Journalists has questioned the publisher’s agreement to buy Independent News & Media’s 50pc stake in the newspaper while consultations are ongoing with hundreds of staff over planned redundancies.

Reach is planning to cut 550 roles across the company due to the coronavirus crisis, with around 325 editorial and circulation roles set to be affected.

In a statement, the union warned it would use “provisions contained within Irish media-mergers law” to challenge the company’s complete takeover of the title. 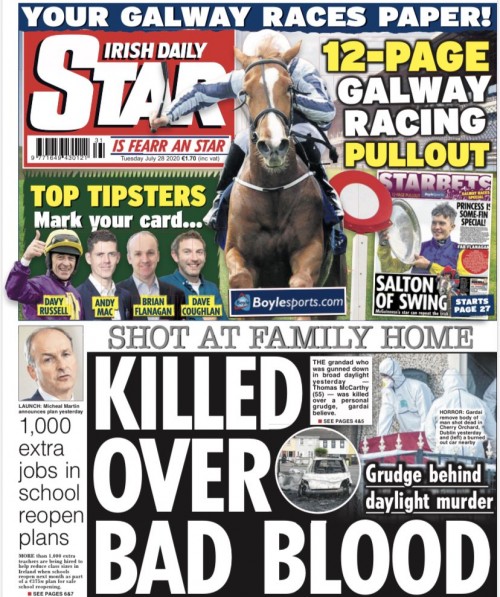 “Our local representatives and officials are under enormous pressure, engaging in urgent consultations on redundancies – apparently necessary on economic grounds by a company which is simultaneously expanding its portfolio.

“There is seething anger among our members and we are contesting the proposed redundancies at every opportunity. We cannot stand back and allow this proposed transaction to proceed without a challenge.”

Reach purchased an initial 50pc stake in the Irish Daily Star in 2018.

“The deal, which is still subject to completion, clearly strengthens the long-term profitability of the business so is in keeping with our responsible approach to protecting Reach and its news titles.”