Reach plc is set to take full ownership of the Irish Daily Star after agreeing to buy Independent News & Media’s 50pc stake in the newspaper.

The agreement, which is subject to the usual competition approval processes for Irish media transactions, will see Reach take control of the Star’s publisher Independent Star Ltd following its acquisition of a 50pc stake in the business two years ago.

The move will bring to an end INM’s 33-year association with the title.

The Irish Daily Star will continue to trade through Independent Star Ltd, as a subsidiary of Reach. 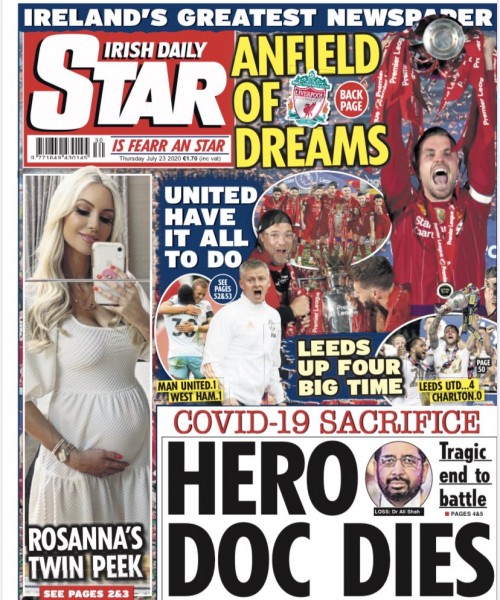 Reach chief executive Jim Mullen said: “Reach acquired a 50pc stake in The Irish Daily Star in 2018 so it is a natural next step for us to acquire the remaining 50pc and we are delighted to have reached agreement with INM.

“We will now engage with the relevant competition processes before planned completion later this year.”

INM CEO Marc Vangeel added: “INM are proud to have been a shareholder in the Star since 1987.

“The Irish Daily Star is a popular title with a talented group of staff producing a compelling mix of Irish news and sport in the national newspaper tabloid market.

“We believe that this offer from Reach, if approved, will ensure the newspaper has a bright future within the Reach publishing group.

“We wish the new owners continued success with the title.”