The album costs £1 to buy, with packets of five stickers available for the same price.

Last year more than 9,000 copies of the first album, produced with the club’s official blessing, were sold, while online swap shop set up on Facebook attracted almost 400 members. 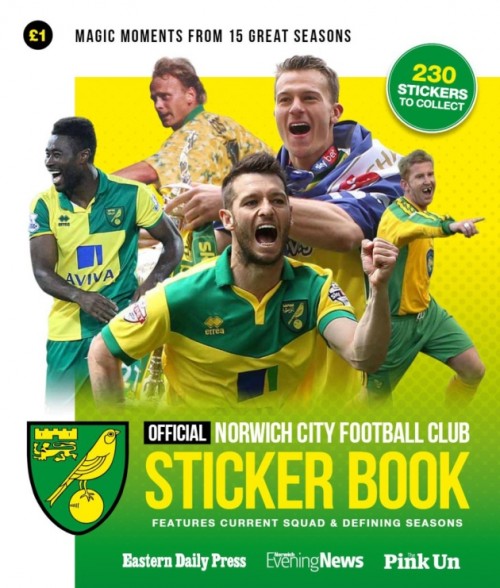 He told the EDP: “We’re really looking forward to seeing how this year’s sticker book is received, after such a positive reaction to the first edition last year.

“Loads of City fans got in touch to tell us how much they had enjoyed collecting with family and friends, with interest in the nostalgic element of the stickers spanning the generations.

“So this year, alongside the all important stickers of the current Canaries players, we’ve focused on nostalgia by choosing magic moments from 15 great seasons – going all the way back to the club’s run to the FA Cup semi-finals in 1959.

“I feel the images are an upgrade on the first book and I hope City supporters will agree.”