A regional publisher’s new website has launched with a masthead featuring the traditional emblem of its countywide patch.

In recent years, Reach and its forerunner Trinity Mirror have launched digital-only platforms under the ‘Live’ brand in places including Belfast, Edinburgh, Glasgow and Leeds, but Lancs Live is the first of these to feature an image as part of its masthead, rather than just text. 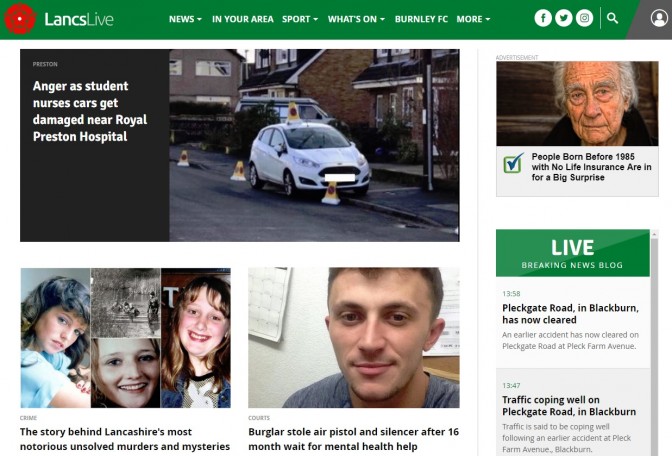 The red rose also appears on the masthead of rival JPIMedia publication the Lancashire Post, which is based in nearby Preston.

Lancs Live publisher Luke Beardsworth told HTFP: “The launch of Lancs Live has gone very smoothly and the reaction from readers so far has been very positive.

“The team that we’ve assembled has been fantastic and we’re all settled it nicely.

“Over the coming months we’ll be telling the stories that need telling across Lancashire while aiming to become a part of people’s daily lives.

“For me personally, launching a site in my home county is a source of immense pride and we can’t wait to start making a difference.”

Lancs Live, which went live on Thursday, has absorbed the websites of both the Accrington Observer and the Rossendale Free Press, although the print editions of the two titles are unaffected.