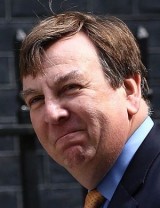 Media minister John Whittingdale has backed an expansion of the local democracy reporter scheme – expressing hopes it will be expanded to cover courts.

Mr Whittingdale, Minister of State for Digital, Culture, Media and Sport, hast offered his support for such a move in an appearance before the House of Lords Communications and Digital Committee.

His backing comes after a BBC report published last month recommended an expansion of the scheme, although it said this should be used to cover local authorities more fully before branching out into other areas such as court reporting.

Addressing the committee’s Future of Journalism inquiry, Mr Whittingdale, pictured, said: “Personally I would like to see more reporters, 150 is actually still spread quite thin across the country.

“But there are also other areas which I’m equally concerned are going unreported.

“I think particularly court reporting, where it’s very rare now to see a court reporter perched taking a record of the proceedings.”

Mr Whittingdale, pictured, added large tech platforms “would be well placed” to input money into the foundation which administers the scheme’s funds.

He said: “I will continue to press them to consider contributing to that.”

Jamie Angus, director of the BBC World Service Group, has also appeared before the inquiry.

He told peers he found it “regrettable” that tech platforms have not yet wished to proceed with funding the LDR scheme.

Following the hearing, a Facebook spokesperson said: “Facebook is committed to supporting journalism and we want to help news organisations build sustainable business models as they adapt to the changing digital world.

“Publishers choose to post their content on Facebook to reach a wider audience at no cost, and we continue to invest in free tools and programmes specifically designed to help them drive readership and revenue.

“We will continue working with governments, regulators and news organisations to help develop business models that are sustainable for the long term – while also doing what’s best for our users.”