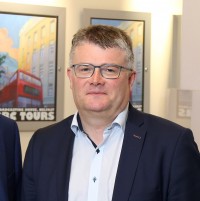 Smaller publishers should be given a “fair” chance to recruit local democracy reporters, a BBC review into the scheme has recommended.

The BBC has published a report examining the Local News Partnership project today, in which it has also backed an expansion of the scheme, which has created 150 journalism jobs.

Among the recommendations made by the review is for the tender process for LDR contracts to be made more inclusive, potentially by increasing the number of contracts available and relaxing some of the bidding criteria.

Around 90pc of contracts for the scheme, which sees BBC-funded journalists work in regional newsrooms to cover local authorities, are currently held by three publishers – Reach plc, Newsquest and JPIMedia – with many of the 68 contracts covering the employment of multiple journalists in the same region.

Although the report, authored by BBC Northern Ireland director Peter Johnston, did not find that the big publishers gained a significant competitive advantage from employing the LDRs, it said that making the scheme more inclusive would not compromise its success.

The report also revealed the idea of junior LDRs is being explored to combat issues around recruitment, but it stopped short of recommending the scheme is expanded to include court coverage, saying more local councils should be covered first.

In a section entitled ‘Fair opportunities to all news organisations across the UK,’ the report states: “Concerns were raised that LDR contracts had been primarily awarded to a combination of large organisations and print publishers.

“To the extent that winning an LDR contract could be seen as giving an organisation a significant competitive advantage, this could be capable of restricting competition if the winning organisations are already large, established market players.

“In reality, taking into account the open nature of the LDRS portal for partners, we find the LDRS may accrue only a minor competitive advantage to contract winners……we have seen no evidence of a negative impact on smaller and non-print competitors as a result, nor harm to consumers.

“Nevertheless, to the extent that we are understating any competitive advantages for winners, or negative impact on nonwinners, we believe the bidding process could reasonably be modified to facilitate greater inclusivity and we do not feel that the success of the scheme would be compromised in doing so.”

The report has also recommended an expansion of the scheme, saying there is “good justification” for such a move, but says this should be used to cover local authorities more fully before branching out into other areas such as court reporting.

Peter, pictured, wrote: “Any expansion should first ensure there is an appropriate base level of coverage of local authorities within the existing editorial remit – for example through more LDRs and the improved distribution of contracts – before considering the provision of new specialist roles to cover layers of UK public services not yet covered, and as defined by public need – for example emergency services or court reporting.

“We recommend the BBC works closely with the NMA, as well as with the wider partnership and industry to understand the audience need, risks and implications of any expansion of the LDRS. We acknowledge that any expansion is dependent on new sources of external funding.

“Additionally, on the evidence considered in this review, and given the positive development of the programme, we see no reason to move the management and governance of the LNP away from the BBC.”

The review went on to address issues around recruitment to the scheme, stating on average that 139 out of 150 local democracy reporters were in post at any given time.

Peter added: “There is also the risk that this problem could become worse over time, if the overall journalism talent pool is unable to keep up with the demand from the LDRS, and doesn’t replenish fast or widely enough. The level of churn – while inevitable in any sector with talented, ambitious people – is also a contributing factor to this challenge.

“We understand that the BBC LNP Team have been exploring steps to address this with partner organisations, including the creation of a junior local democracy reporter role, which would allow some vacant posts to be filled by younger or less experienced journalists.

“This may go some way to increasing the pool of available journalists and the diversity of the talent-base, however it will need to be carefully managed to ensure no drop-off in overall quality.”

The report also touched on concerns that some companies had used the scheme to reduce their existing headcount.

It found: “It is our understanding that there have been few instances of suppliers manipulating the scheme and that this has diminished over time.

“This is in part down to tight monitoring and policing by the BBC LNP Team, but crucially also because of a growing understanding by all suppliers of how the scheme works and a shared acceptance of the direct and indirect benefits it brings.

“We believe the LDRS is striking the appropriate balance between the strict policing of its policies and the desire to avoid compromising the wider mission and outcomes of this scheme and the important partnership with suppliers.”

The report can be read in full here.