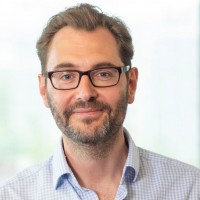 Trainee journalists will be able to work as local democracy reporters in a bid to “increase diversity and give fresh opportunities to a wider pool of journalists”, it has been revealed.

The BBC has confirmed the change after working with the National Council for the Training of Journalists to develop a training pathway for future recruits employed as part of the project.

The move paves the way for journalists who have not attained the NCTJ’s National Qualification in Journalism, which affords them senior status, to apply for LDR roles after it was announced earlier this month the scheme will be expanded from 150 to 165 journalists from next year.

The funding for senior LDRs and junior LDRs will be the same for the regional newsrooms which host them.

While the starting salary level will be lower for juniors, host publishers will be expected to fund all training costs until the Junior LDR achieves NQJ status.

Hiring a junior reporter will need BBC approval, and generally will be considered in areas where the host newsroom has been unable to find a more experienced journalist.

The move comes after a BBC review into the scheme earlier this year revealed the idea of junior LDRs was being explored to combat issues around recruitment.

The NCTJ scheme will allow trainees employed as LDRs to learn the role and eventually take a new, tailored version of the NQJ exams.

It will be open to journalists who have undertaken prior training such as the NCTJ Diploma in Journalism, a journalism degree or substantial on the job training.

Matthew Barraclough, pictured, head of the BBC Local News Partnership, said: “We would like to thank the NCTJ for its hard work in creating a pathway that will help develop the next generation of senior local democracy reporters.

“During the NCTJ LDRS course, trainee reporters will file public interest stories that benefit their local area, while training for a version of the NQJ senior journalist exams aimed at democratic reporting.

“The option to recruit at junior level opens the door to a wider cohort of journalists that are committed to holding local authorities and democratic institutions across the UK to account.

“We hope this will attract a diverse range of journalists starting out on their careers.”

Junior LDRs must complete the Diploma in Journalism to ‘gold standard’, including 100wpm shorthand, and an 18-month training programme, before taking three NQJ assessments – an e-logbook, a media law and ethics online examination and a practical skills-based online examination.

NCTJ head of qualifications at the NCTJLyn Jones, who managed the project, said: “We are delighted we have a robust and rigorous new pathway for local democracy reporters that sits alongside the NQJ for news, production and community journalists.

“I’d like to thank Jason Gibbins, assistant editor – local news partnerships, for working so closely with us on the development of the qualification and all the publishers and experienced LDRs who gave us feedback on the syllabus and assessments.”

JPIMedia editor in chief Jeremy Clifford, chair of the NMA/BBC advisory panel, said: “The expansion of the scheme to include a new type of LDR will help to provide greater coverage in some areas where we have not been able to fully scrutinise those in power.

“It will also provide a great opportunity for a reporter to develop a specialism early in their journalistic career.”