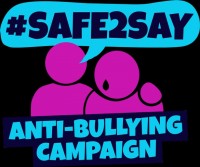 A journalist has hit out at the “brutality” of online trolling as a regional news website launches an anti-bullying campaign.

Cambridgeshire Live, sister site of the Cambridge News, is running Safe2Stay, a campaign which aims to help those being bullied.

The campaign aims to reassure children, young people and adults facing such trauma that it is “safe to say something if they are being bullied”.

The site says it wants to “encourage discussion about bullying within homes and schools and to create an environment where victims do not suffer in silence”.

In a piece about the campaign’s launch, creative content editor Abigail Rabbett wrote: “In my role as social media editor, I see first hand the brutality of online trolling. This combined with the complexities of growing up can make life unbearable for its victims.

“But as cyber-bullying grows and becomes a more prominent part of life, we shouldn’t forget the harmful effects of school ground bullying too.

“According to an article by The Guardian in 2018, more than half of children in England and Wales were bullied about their appearance. A survey found most bullying focuses on weight and body shape.

“I know first hand how damaging and upsetting teasing about your appearance can be – especially from your peers. We will be carrying reports looking at how Cambridgeshire’s schools deal with bullying and how parents rate success.

“The signs of bullying in children can often go unnoticed, so we have gathered expert advice about how to tell if your child is being bullied and where to get help.”

Speaking to HTFP, Abigail said: “I am so happy to be overseeing the Cambridgeshire Live Safe2Say anti-bullying campaign. It has been well received by schools and businesses around Cambridgeshire and going forward we are looking at ways we can work alongside them to create a safe environment for victims.

“The impact of bullying can be very deep felt and can affect people well into their adult life. As part of the launch we spoke to victims and the parents of children who suffer taunting and bullying every day and what we found was heartbreaking.

“A stand out piece from the campaign includes a devastating first person piece from an anonymous victim who bravely spoke out about their experiences with online bullying at school.”

She added: “As the Safe2Say campaign grows we want to create an environment where victims are safe to talk about their feelings, so they don’t have to suffer in silence. We want to remind children, adults and young people it is safe to speak out if they are being bullied.”